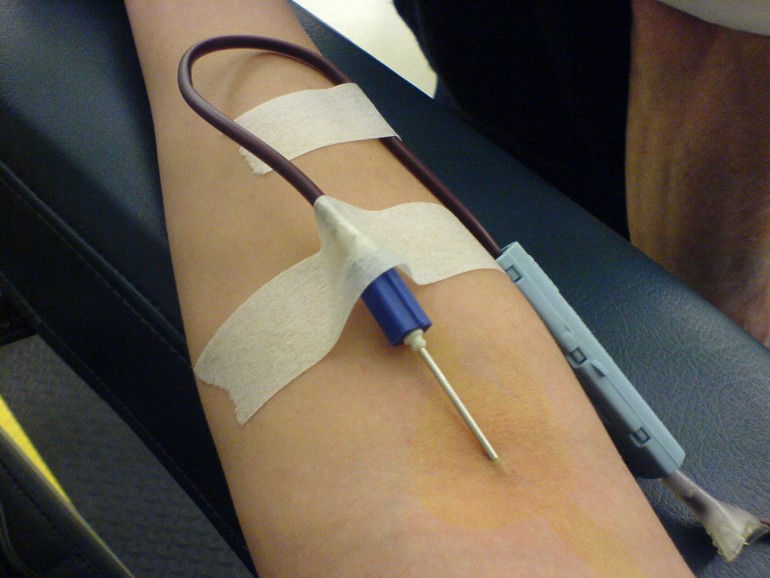 Giving blood has never been easier.

From March 18 to 19, Humber encouraged students to go out and donate blood.

Canadian Blood Services set up a clinic in the Concourse for students and faculty to donate. They were also serving treats at the end.

Students who wanted to donate had to wait patiently to sign up and do a pre-screening before taking a fingerprint.

The fingerprint was to prove they were eligible and healthy to donate.

Some students said they were nervous to go through the process, while others said they already knew what was ahead of them.

“I’ve donated since I was 17 and I needed a blood transfusion as a baby,” said Sarah Arnold, 2o, a justice studies student. “So I just thought I’d give back.”

Students who donated relaxed on chaise lounges and relaxed as their blood traveled through the tubes.

“I’ve been doing it for a long time,” said Simon. “My wife used to donate, she had surgery so she went through a lot of blood.”

Simon said seeing his wife in bad shape inspired him to donate.  He said he has donated a total of 14 times in the past eight years.

Mark Malinowski, territory manager for the Canadian Blood Services, said they were hoping to collect 72 units of donated blood at Humber.

In addition, Malinowski said these blood donations are also part of an initiative called One Match, a bone marrow and stem cell network.

One Match was created for patients waiting for marrow and stem cell transplants.

Addressing Canada’s need for donated blood, Malinowski said it’s a common misconception to believe there is a shortage.

However, there are currently 420,000 blood donors in Canada. Malinowski said they need to find 20,000 new donors every year.