A year of battling the worst Ebola outbreak 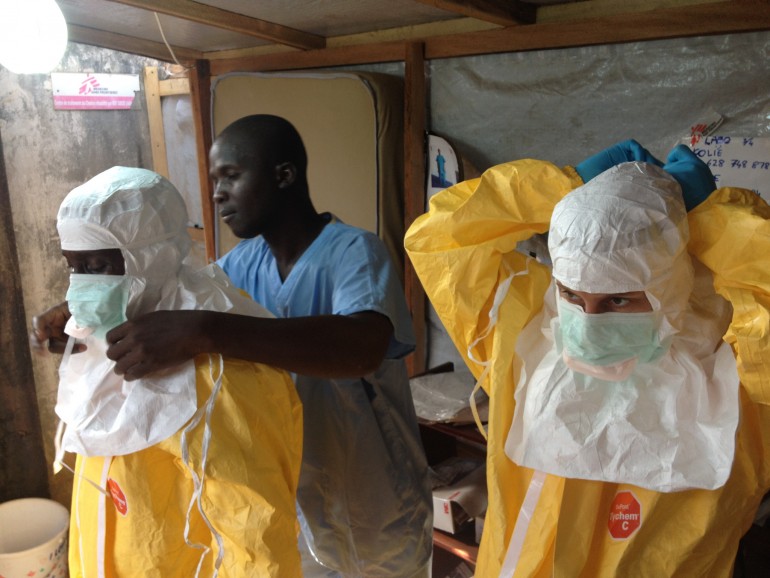 Doctors Without Borders released a report that takes a look back on its past year battling the Ebola virus. Via Global Panorama under Creative Commons License 2.0)

Médecins Sans Frontières, also known as Doctors Without Borders released a report entitled “Pushed to the Limit and Beyond,” that looked into the year of the largest Ebola outbreak.

The Toronto Star reported that the agency has deployed more than 1,300 international staff, who have witnessed more than 2,500 patients die from the disease.

The Ebola battle has cost the aid organization more than $59 million and the lives of 14 colleagues, the newspaper reported.

So far, 25,000 total cases have been reported since the first outbreak and, of those cases, more than 10,000 have resulted in death according to the World Health Organization.

The original notice by the MSF went unnoticed but has become the largest, deadliest and most expensive Ebola outbreak in history, reported by the Toronto Star.

The MSF said the disease still remains a significant challenge and in order to declare an end to the outbreak, every last case must be identified.

The outbreak in Western Africa has been ongoing since March 2014.

Here is an overview of the number of cases world wide and how Ebola still remains a serious health issue.