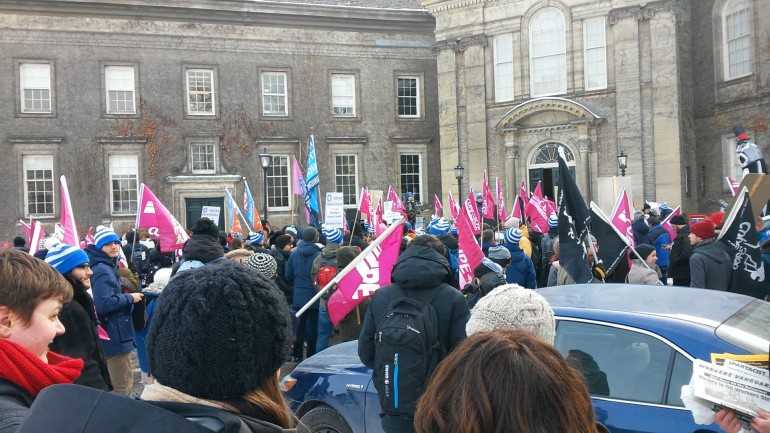 Rally at U of T (Earl Abalajon/Humber News)

Early this morning, The University of Toronto reached a tentative deal with its 6,000 teaching assistants, avoiding a strike that would have disrupted students during the final stretch of their school year.

Yesterday afternoon, more than a hundred teaching assistants from both U of T and York University congregated just outside Simcoe Hall on the U of T campus.

Organized by the TA union CUPE 3902, the masses gathered to march to Queen’s Park in order to raise awareness for their cause.

Humber News went down with a smartphone to find out more.