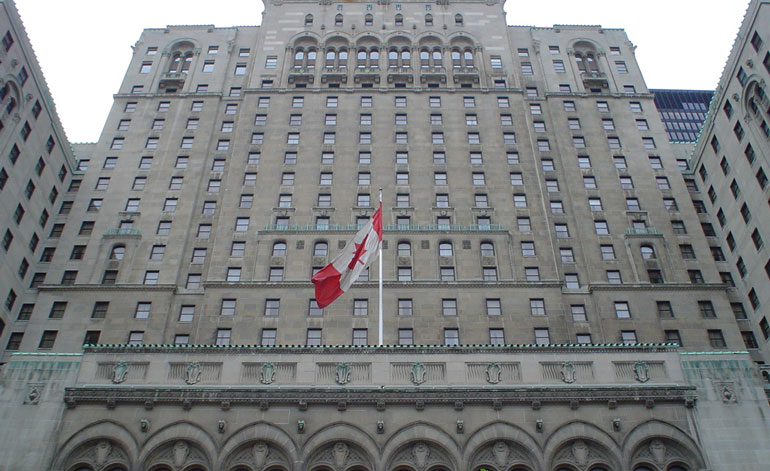 Many of the visitors are a result of  people wanting to experience Toronto and it’s a growth that has been happening for some time, said Andrew Weir, the executive vice-president of Toronto Tourism.

“A lot of it is just the momentum within the city itself,” he said. “The fact that you’ve got so much development happening in the city, so many new things happening… it’s such a hub for live music and for the creative food scene and awareness taking root at the diversity of our neighbourhoods.”

He said the sights to see and an increase in construction and development are what is bringing more people into Toronto, and for those who have been in Toronto, bringing them back to see something new.

When people head to their Twitter feeds, read news about Toronto and see Toronto on their TV, Weir said it “elevates… Toronto in the global chatter,” and showcases other aspects of the city.

Where it’s coming from

Toronto also leads as the top city in hotel occupancy and the number of room nights sold to visitors from outside Toronto, ranging from the United States to overseas.

Visitors into Toronto are also from within the nation, while 64 per cent of Americans traveling to Toronto are flying into the Ontario capital, said Terry Mundell, president and CEO of the Greater Toronto Hotel Association.

“We do have the U.S. market at a 3.7 per cent increase from 2013, and the type of visitors from the States traditionally fly to Toronto,” he said.

He said that it’s more than the hotels that benefit from those who fly in, but also the restaurants, retail and transportation, because they often stay longer and spend more.

“As you grow the amount of room night stays in a destination, what it does is it grows the amount of reinvestment into the hotel product,” Mundell said. “So we’re seeing a different variety of hotels across the city, across the region, reinvest in redoing their rooms, redoing their lobbies, they’re redoing meeting spaces and that’s a great sign for business.”

While Mundell said that there’s no specific peak time that business spikes, Weir said summer is the busiest time.

Despite the competition, Mundell said the hotel business in Toronto is focusing on a plan to increase room night stays by another million by 2018. So far, the amount of room stays has increased by 444,000.

There are many events that happen during the summer, though these are just some of the many festivals and leisure events that will be building Toronto with music, fun and food:

Toronto will be hosting the Pan Am Games for the first time. Canada has previously hosted the games in Winnipeg, Manitoba, in both 1967 and 1999.

Despite the longer than predicted winter, it won’t affect any events and how tourism continues to trickle into Toronto this year, especially those in Ontario and from other parts of the American continents during the summer games.

The marketing and broadcasting of the events will also help promote tourism in Toronto, said Weir. The broadcasters have been granted permission to relay images of Toronto to Mexico and Brazil during the games.

“They will be showing hours of Toronto at its sizzling, hot, summer, diverse best,” he said.