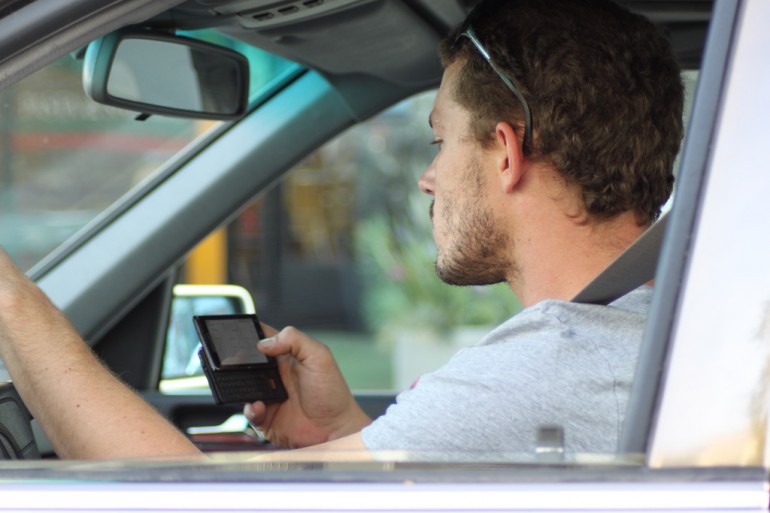 A poll from the Canadian Automobile Association found that the majority of Canadians agree that texting and driving is socially unacceptable.

90 per-cent of respondents agree that it is unacceptable, however they’re still doing it in significant numbers.

Ajay Woozageer from Ontario’s Ministry of Transportation communications office told Humber News in an email more than 315,000 charges were laid under the distracted driving provisions of the Highway Traffic Act between Feb. 1, 2010 and Nov. 30, 2014.

He also said in the email fatalities and injuries from distracted driving, which includes texting among other activities, have increased 39 per-cent and 26 per-cent, respectively, between 2002 and 2011.

CAA said in the same poll Canadians said they observed an average of six people texting while driving within the past month.

In addition, 22 per cent of Canadians admitted to reading or sending a text while driving.

“That 22 per cent is likely not indicative of the reality, it’s 22 per cent of Canadians that admit to texting while driving,” said Kent.

Kent said there’s three steps that need to happen in order to make texting and driving a non-issue: an increase in law enforcement, raising awareness about the dangers of distracted driving and making it as socially unacceptable as drinking and driving.

She said it’s hard to measure how many accidents are caused by texting and driving because people have to admit to using their phone.

“People don’t admit they were texting and driving, or they hide their phone,” said Kent.

“You could ask an individual if it’s socially unacceptable and then they agree with it, but were they also the same people that are actually doing it as well?” said Toronto police traffic services media relations officer Clint Stibbe.

Stibbe said that police on their own can’t stop this problem and said the public needs to embrace the law that we have.

“The laws have become more harsh, and punishments more severe, so we will likely see a higher compliance rate but it’s going to be years before we see anywhere near a 95 per-cent compliance rate,” said Stibbe.

The CAA said that drivers who engage in texting on a cell phone are 23 times more likely to be in a crash compared with non-distracted drivers.

According to the Ministry of Transportation in Ontario, you could receive a fine of $225 or $500 for attempting to fight your ticket.