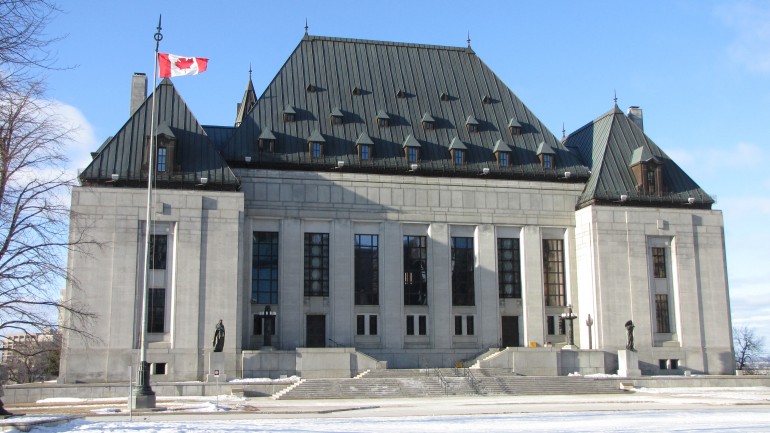 By Donna Sevilla and Janie Ginsberg

The Supreme Court of Canada on Friday suspended the ban on doctor assisted suicide, giving people the right to seek assistance to die.

In the unanimous decision, the ruling gave Parliament 12 months to work with the provincial government and medical regulatory bodies to draft new laws around medically assisted dying.

“The way it works is that the Supreme Court ruling holds everything in the current status quo,” said Toronto Lawyer Alan Shanoff. “Nothing changes today, or tomorrow, or the next day. The law today is the same as it was yesterday.”

If any doctor were to assist someone in suicide right now they would risk being prosecuted, he said.

Chris Simpson, Canadian Medical Association President, said they will be doing a detailed analysis of the implications of the ruling, in a press release.

“The CMA supports physicians being able to follow their conscience in choosing whether to participate in medical aid in dying and we note that the Court quoted directed from our policy,” he said.

“The CMA policy recognizes that there are rare occasions where patients have such a degree of suffering, even with access to palliative and end of life care, that they request medical aid in dying. We believe in those cases, and within legal constraints, that medical aid in dying may be appropriate.”

New legislation would set out rules to determine when assisted suicide is permissible and when it isn’t, said Shanoff.

Carter v. Canada was appealed to the Supreme Court by the B.C. Civil Liberties Association, which represented two women, Kathleen Carter and Gloria Taylor, both of whom battled degenerative diseases and have since died.

“We are overjoyed by the courts ruling today, this is a tremendous victory for human rights and compassion at the end of life. What this decision means is that Canadians who are suffering…will have a choice now,” said Grace Pastine, Director, B.C. Civil Liberties Association.

Plaintiff Lee Carter, who took her 89-year-old mother to Switzerland for an assisted suicide, is happy with the decision.

“It allows Canadians to have a choice in their end-of-life decisions. To be with family. I’m one of seven children, and if we were allowed to have a dignified death, all of our family could have been there,” Carter said.

In its ruling the court concluded the section of the Criminal Code that deals with assisted suicide infringes on section 7 of Charter of Rights and Freedoms, which guarantees the right to life, liberty, and security of the person:

“Section 241 (b) and s. 14  of the Criminal Code  unjustifiably infringe s. 7  of the Charter  and are of no force or effect to the extent that they prohibit physician-assisted death for a competent adult person who (1) clearly consents to the termination of life and (2) has a grievous and irremediable medical condition (including an illness, disease or disability) that causes enduring suffering that is intolerable to the individual in the circumstances of his or her condition.”

Conservative MP Steven Fletcher who became a quadriplegic after an accident in 1996, said there needs to be a closer examination of the implications of the ruling.

“There does need to be some criminal code provisions (put in) to prevent abuse,” he said outside the court.

The Council of Canadians with Disabilities is concerned about the decision.

“Today’s decision of the Supreme Court fundamentally alters end-of-life for all Canadians.  The Council of Canadians with Disabilities and the Canadian Association for Community Living are profoundly disappointed by today’s ruling and extremely concerned about the implications of the ruling.”

The last time the Supreme Court ruled on assisted suicide was 1993, in the case of Sue Rodriguez, an assisted suicide advocate who suffered from Lou Gehrig’s Disease – or ALS – was denied her right to die as she chose to.

In September 2013, Donald Low, a microbiologist who helped Toronto through the 2003 SARS crisis, released a video asking for the laws to be changed. He died from brain cancer, just eight days after the video was filmed.

Robert Latimer, who served just under a decade in prison for killing his 12-year-old disabled daughter Tracy in 1993, told Humber News he was surprised by the decision.

“That’s quite a change from what they’ve done from before. I really didn’t see that coming,” he said. “I think it’s a pretty positive step. I mean they can only be so stupid for so long.”