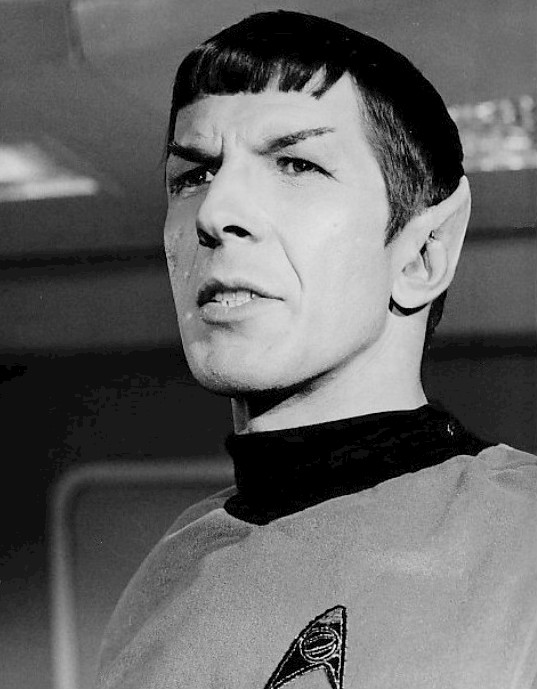 Leonard Nimoy will always be best known as the character Spock on the television series Star Trek. (Courtesy of Wikipedia)

Leonard Nimoy, best known as Spock, the iconic character on Star Trek, died today at the age of 83.

Just days before his death, Nimoy was hospitalized after suffering from chronic obstructive pulmonary disease, and in the last couple of months he’s been in and out of the hospital.

A life is like a garden. Perfect moments can be had, but not preserved, except in memory. LLAP

“I don’t really have any thoughts because I never watched Star Trek ever,” said 23-year-old Media Communications student, Michael Brassel.

“It’s pretty sad. Anytime an actor passes away, even though you never know them, especially being in the film program, you know it hits us hard cause who knows if we’ll be working with some of the greats one day,” said Michael Valitutti, 20, Film & TV Production.

“He was kind of a role model for me in a way,” said Dr. John Steckley, anthropology professor. “I grew up in the 60s when Star Trek came out and I liked him because he was different.  He thought differently, worked differently, he had a strong character. And he was also a musician, so I loved the character. One of my favorite science fiction characters, so his passing is really tragic to me.”

“For me, I was walking to athletics to do something. I just found out, my friend posted about it on Facebook and it was just shocking because he was such a prominent figure. You know it’s just shocking,” said Simon Spencer, 20, Media Studies.

“It was a shock, I actually read it in class.  I knew it was coming cause I knew he was in the hospital and I just had this feeling something might happen. He was 83 years old and when you have a heart condition, it seems like it’s inevitable to be honest.  Just shocked more than anything,” said Jakob Vardy, 24, Media Foundations.

It is with sadness that I heard of Leonard Nimoy’s death. I was lucky to spend many happy, inspiring hours with him. He won’t be forgotten. — Patrick Stewart (@SirPatStew) February 27, 2015

He not only lived long and prospered, but inspired us to do the same. Thank you @TheRealNimoy, for everything. #RIPLeonardNimoy

So sad about Leonard Nimoy, who was ever engaged, vital, interesting, and interested. — Steve Martin (@SteveMartinToGo) February 27, 2015

Sad to hear about the passing of Leonard Nimoy. He was a true renaissance man. pic.twitter.com/st6EsV82Gm

“I loved him like a brother. We will all miss his humor, his talent, and his capacity to love.” -William Shatner http://t.co/U8ZN98tVYp — William Shatner (@WilliamShatner) February 27, 2015

Rest in peace with the stars, my dear friend. pic.twitter.com/D2dVG6I9Xi

my heart is broken. i love you profoundly my dear friend. and i will miss you everyday. may flights… https://t.co/WPJmt1X4ox — Zachary Quinto (@ZacharyQuinto) February 27, 2015