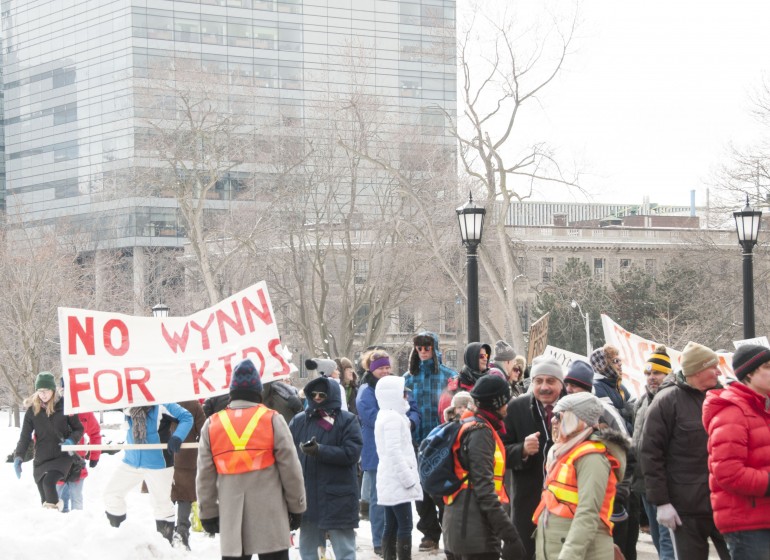 Protestors were in full voice outside Queen’s Park on Tuesday in order to express their opposition to the Ontario government’s new sexual education curriculum.

According to Campaign Life Coalition, an anti-abortion group, the protest was “organized by average parents who are concerned that the Liberal government’s grade 1 to 8 curriculum will sexualize children.”

Hassan and Sanna Ismail both took sick days off work and drove in from Hamilton in order to come to Queen’s Park.

Nancy Kelly told Humber News she felt it was up to parents to instruct children on sexuality.

“It’s up to parents to instruct children [on sex], not the government,” she said. “They need to be doing this in their own way.”

There was an equally vocal group of counter-protestors at the event, who were supportive of the government’s changes to the sex ed curriculum.

Faelis Kaye, a trans woman, said receiving education about such issues as gender identity would have helped her in high school.

“I would have come out much sooner,” she said.

Kaye said she felt that much of the rhetoric coming from those opposed to the new curriculum was bigotry.

Susan Gapka, who supports the new curriculum, said she is happy it is now being introduced after it was scrapped in 2010 following opposition from several religious groups.

“It showed a lack of courage then,” said Gapka. “I’m glad they’re doing it.”

“It’s not like people don’t need to know this,” she said. “I just think it should be done according to their level of maturity.”

The government said the revised curriculum will be in place by September 2015.