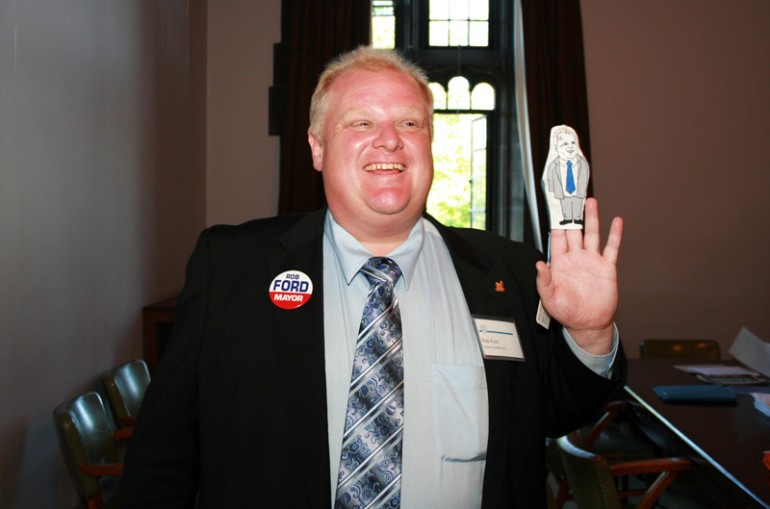 The former Toronto mayor and now city councillor Rob Ford has taken to eBay , auctioning items he has collected over the years, including the necktie he wore on Nov. 5, 2013, when he admitted to smoking crack cocaine.

In his eBay posting, Ford wrote that the tie features logos of football teams and “is the original piece, not a reproduction – there is only one of these in existence.”

Although he has other items up for auction, the tie went viral on social media and got the highest public response.

Other items on sale:

In his posting Ford wrote that each item comes with a certificate of authenticity signed by him.

Earlier this month, Ford announced on Twitter that he’d be selling ‘a whole bunch of collectibles from over the years’ in support of cancer research.

He said 10 per cent of the earnings will go to research and care facilities for Liposarcoma, the type of cancer Ford was diagnosed with.