Pope uses Hangouts to talk to children with disabilites 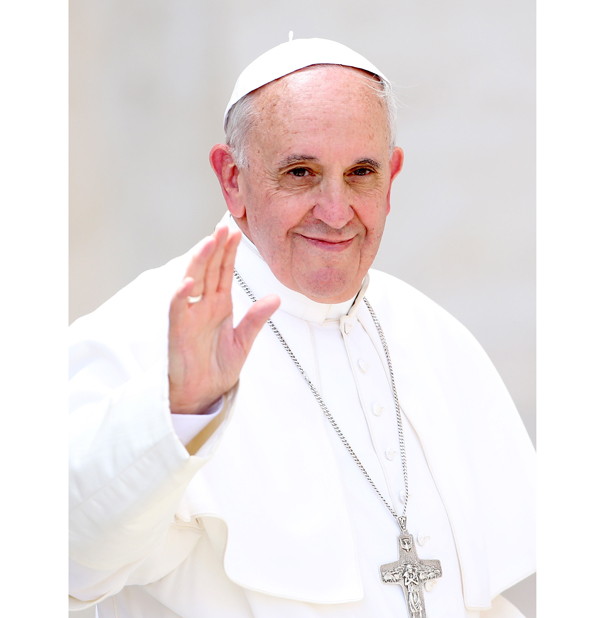 Pope Francis is bringing the Vatican into the 21st century.

At 10 a.m. today Pope Francis held a Google+ Hangouts session with disabled children from around the world, including Brazil, United States, India and Spain. During the video discussion, the children had a chance to tell the Pope about their disability, ask him a question and tell him what they dream of doing in the future.

This was the second time the Pope turned on his webcam to reach out to children with special needs. His first Google Hangouts session was in September 2014 broadcast live from the Scholas Ocurrentes Google+ page and Youtube.

Pope Francis has been described as the “coolest” Pope in history by Catholics and Non-Catholics alike. Pope Francis was also named TIME magazines Person of the year in 2013.

During the web chat the Pope answered questions from children and gave them advice. A student in the United States asked the Pope what he does when he faces something difficult. “First of all, do not get upset,” Pope Francis advised. “There’s no need to get upset. Remain calm. Afterwards, find a way to overcome it. There’s no need to be afraid of difficulties. We are capable of overcoming anything.”

Technology  like Hangouts is a great asset because it “helps break down barriers that geography used to put up,” said Gemma Richardson, Digital Communications program co-ordinator at Humber College.

The Pope’s use of Google Hangouts not only improves his public image and that of the Catholic church, but also allows the children to show off technology that has helped them overcome their disabilities and assists them in their everyday lives, said Richardson.

“It’s broken down these barriers … traditionally you certainly didn’t get a chance to talk directly with the Pope,” said Richardson. “It gives him appeal to a broader range of people.”

Richardson said this is a great step in the right direction, but that there can always be negative effects of social media.

“There can be PR nightmares for people who are not savvy with these tools,” she said.

Pope Francis said that he is old fashioned. “I am a dinosaur. I do not know how to work a computer.” Although he does enjoy making videos, he admitted that he doesn’t understand the technology behind it.

What he does know is human nature: “When we don’t communicate we stay alone with our limitations,” he said.