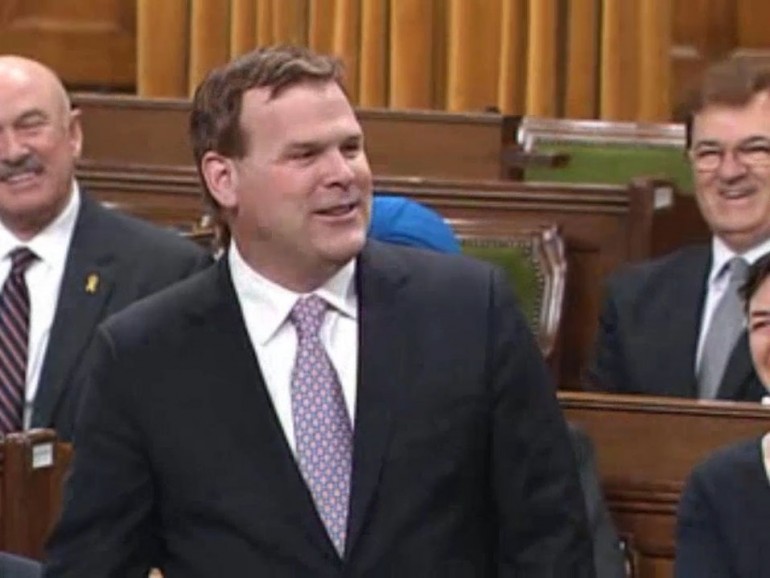 Foreign Affairs Minister John Baird announces his resignation in the House of Commons on Feb. 3, 2015.

Stephen Harper is losing one of the key members of his team, with news Tuesday that John Baird, the foreign affairs minister, is resigning.

Baird, one of the prime minister’s most trusted ministers, rose in the House of Commons Tuesday morning to announce that he was stepping down from cabinet and as MP for the riding of Ottawa West-Nepean.

Baird’s resignation will take effect in the coming weeks.

Sources close to Baird say that after two decades in public office, it was simply time to seek other opportunities in the private sector, the CBC reported.

Keith Leslie, a Canadian Press reporter at Queen’s Park who has covered Baird’s career since 1995, told Humber News that his resignation did not come as a total surprise to him.

“He’s been talking about stepping down for six, seven months now,” he said. “He told some of my colleagues that the grind was getting hard for him.”

In his speech, Baird recalled his career as a cabinet minister in both Ottawa and at Queen’s Park.

“I was perhaps just a little naive, driven by ideology, defined by partisanship, at the age of 25,” Baird told the Commons.

Baird has served as a part of the government since 2006, taking on such high-profile portfolios as Minister of the Environment, Minister of Transportation, and Government House Leader, where he was responsible for pushing the government’s legislation through a fractious minority parliament.

His stint as environment minister was controversial, as activists claimed he was not doing enough to combat climate change.

Born in Nepean, Ont., he has been involved in politics since age 16, when he was the youngest delegate to the Ontario Progressive Conservative Party’s 1985 leadership convention.

He was first elected to public office in 1995 when he won a seat in the Ontario Legislature. He was a key player in Mike Harris’ provincial PC government before entering federal politics.

Leslie noted that Baird, along with the late Jim Flaherty and Tony Clement, were three ministers that came from Queen’s Park that seemed to earn Harper’s trust.

His resignation was met with well wishes by politicians from across the political spectrum.

On behalf of all Canadians, I thank John @Baird for his years of tireless devotion to Canada. http://t.co/P6Vg5HzKhm pic.twitter.com/FtAZmypv6y

We all thank John @Baird for his many years of service. An admirable opponent who leaves the House with the respect of all Members.

Thanking @Baird for two decades of dedicated public service. Wishing him all the best in his future endeavours.

Thanking @Baird for his service and wish him all the best in the next stage of his career. Merci et bon succès, John pic.twitter.com/viXPzBsynp

I thank John @Baird for his service. We've always worked together when we agreed & debated passionately when we didn't. I wish him the best

Wishing my good friend @Baird all the best as he moves forward into the next chapter of his life and thank him for his service to Canada!