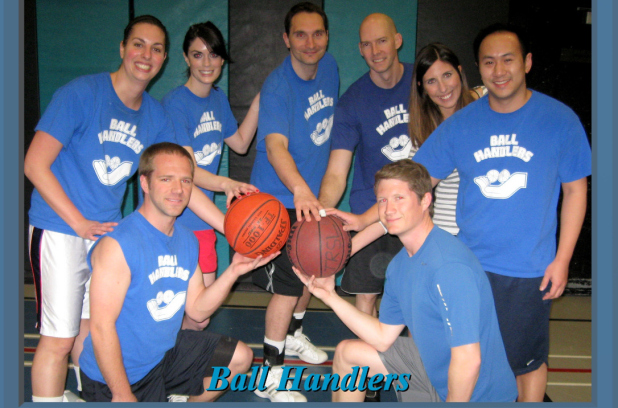 The city of Calgary announced that all recreational or amateur sports teams with offensive or vulgar names that play on municipal property will be under review and could be banned from playing.

This arrises after Calgary city councillor Diane Colley-Urquhart objected to team names like Master Batters and Sons of Pitches.

This news has made its way to Toronto, and while most organizations have strict team name policies in place, some do not.

Sandeep Kembhavi, League Associate for the Toronto Sport and Social Club (TSSC), the city’s largest recreational league, said that the TSSC is an adult recreational league and they do allow their teams quite a bit of freedom in choosing their team name, however they would not tolerate anything vulgar, or risqué .

“We don’t believe that this is something that should be over-regulated by our league, and given that we have a largely co-ed and diverse membership base, there is often an internal control among teams to prevent patently offensive names.” – Sandeep Kembhavi, Toronto Sport and Social Club.

But the organization does draw the line at any names that are clearly sexist, racist or homophobic.  The organization will require all teams that cross the line to immediately change their name.

“For borderline cases, we review these internally and make a ruling.  Our priority is that all our members feel safe, welcome, and respected when they play in our leagues, so if a team name undermines this, we will ask that team to change their name,” –  Sandeep Kembhavi, Toronto Sport and Social Club.

The organizations website has an official policy around offensive team names that states, “Team names that contain profanity, obscenities, and any other words or sentiments considered offensive and/or inappropriate and that conflict with any Sport and Social Club policy and/or philosophy of sportsmanship are not allowed. Teams contacted by Sport and Social Club must change their team name upon request.”

This image is courtesy of Toronto Recreational Sports League.

In contrast, the Toronto Recreational Sports League does not have a clear name policy available on their website.  The organization allows teams to use whatever names they like, and on their website, Kicked in the Nets, Just The Tip, Blue Balls, Ball Handlers, Dad Balls and Sons of Beaches are examples of team names that are currently being used by some of their teams.

This image is courtesy of Toronto Recreational Sports League.

Jennifer Maclam, Recreation Coordinator for Humber College said when teams apply, they are free to be as creative as they please, so the recreational department always see some interesting suggestions come through.

However, recreation staff  screens all names that could come across as offensive and staff are required to ask captains what the names mean before they approve the team.

“If it’s deemed to be an unacceptable name, the team must change it until they have a name that is appropriate.” -Jennifer Maclam.

Maclam also said there usually isn’t much issue with inappropriate team names, as teams know when they select a name that could be classified as “borderline inappropriate” they will be asked to change their names.

So when you and your friends are thinking of joining a recreational league, be clever, not crude.