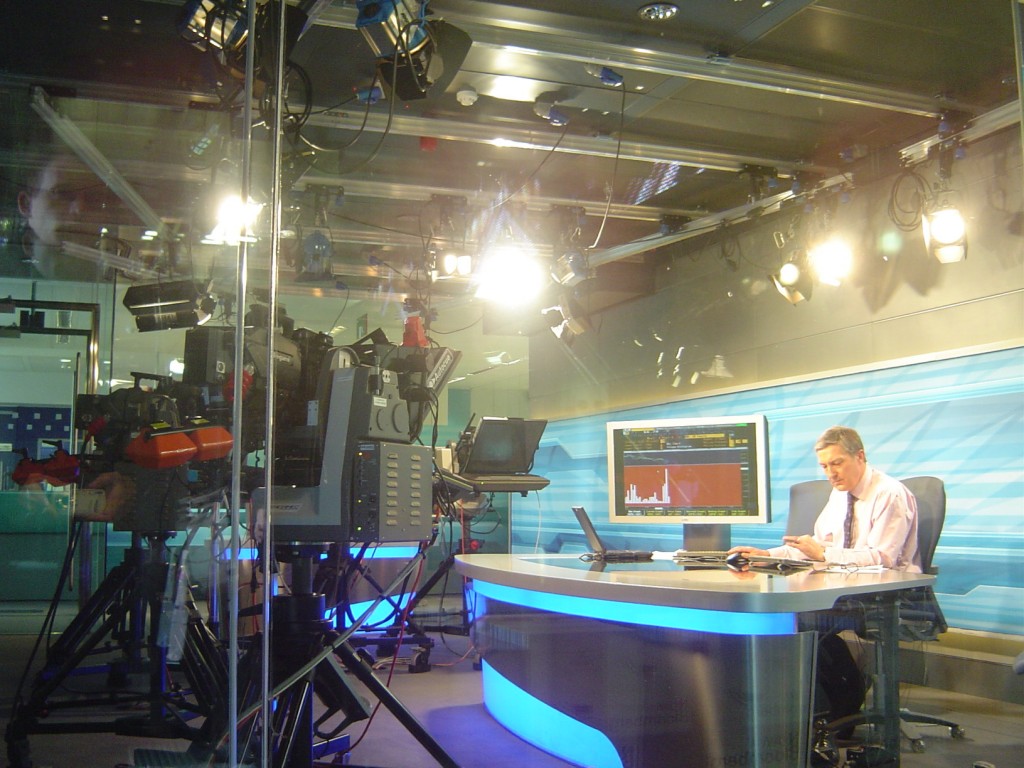 A Bloomberg News broadcast from London, UK. Canada will soon have its own Bloomberg broadcast. (WIKIMEDIA COMMONS)

Bloomberg, a global business, financial and media company, announced an agreement on Thursday to launch a Canadian business news channel in mid-2015.

Channel Zero, an independent Canadian media company, teamed up with Bloomberg to create a Canadian business and financial news channel with 24-7 coverage of global market .

“We have very high expectations for our new channel and are very excited for it to be launching,” said David Scanlan, managing editor of Bloomberg News in Canada.

Channel Zero will be handling day-to-day operations and advertising sales. Scanlan said Bloomberg channel will have 35 per cent Canadian content that will be drawn from Bloomberg’s Canadian bureaus.

“Not only are we going to be covering the Canadian markets, Canadian economy and Canadian companies, but we can bring news from all around the world to Canadian viewers,” said Scanlan.

“Business news is inherently global. To understand what’s going on in the Canadian market, you have to know what’s going on Europe, the Unites States and in Asia. We have people all around the world, both on the print side, but also in radio, television and magazines. We can leverage that so it’s a little bit of bringing Canada to the world, but also bringing the world to Canada.”

Bloomberg will hire a new team of on-air hosts and producers who will be working with existing staff at a studio at Brookfield Place in Toronto.

“The more jobs for journalists in Canada, the better,” said Martin O’Hanlon, president of the Communications Workers of America (CWA). “It’s especially important with the loss of SUN TV. It’s possible that some of the people who worked there, certainly on the technical side, might be able to get jobs at Bloomberg.”

“Canada has been a very important and growing market for us,” said Scanlan. “We feel that there is a real opportunity on the TV side. There’s a lot of competition within the business segment.  It’s a great opportunity to expand what we offer around the world, and now tailor to the Canadian market.”