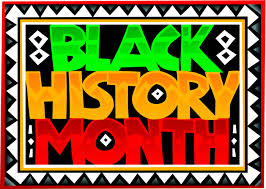 Michael Coteuh grew up in Flemingdon Park and later pursued politics because the late Lt.-Gov. Lincoln Alexander inspired him.

“Lincoln Alexander paved the way for so many of us in politics. It was just not myself and it’s only right we honour him,” said Coteuh, provincial Minister of Tourism, Culture and Sport.

“Growing up in Flemingdon Park there was not a lot of people to look up to in politics. Lincoln Alexander was one of the people we could aspire to be like,” he said while attending the Sunday launch of Black History Month hosted by the Black History Society.

Alexander, who died in 2012, was the province’s first black Lieutenant Governor. The province designated Jan. 21 as Lincoln Alexander Day.

“It is important we celebrate this event all year around and not just in the month of February,” said Sadlier.

There were many notable performers on hand including Scarborough Walk of Fame recipient and spoken-word poet Dwayne Morgan.

“This event is so important because if you don’t know your past you can’t move on to the future,” he said.

Tory said in a tweet that Toronto should have its own Black history museum.

“Amherstburg (Ontario) and Nova Scotia have an museum. Time to work on a Black history museum and community centre for Toronto,” Tory said in his tweet.