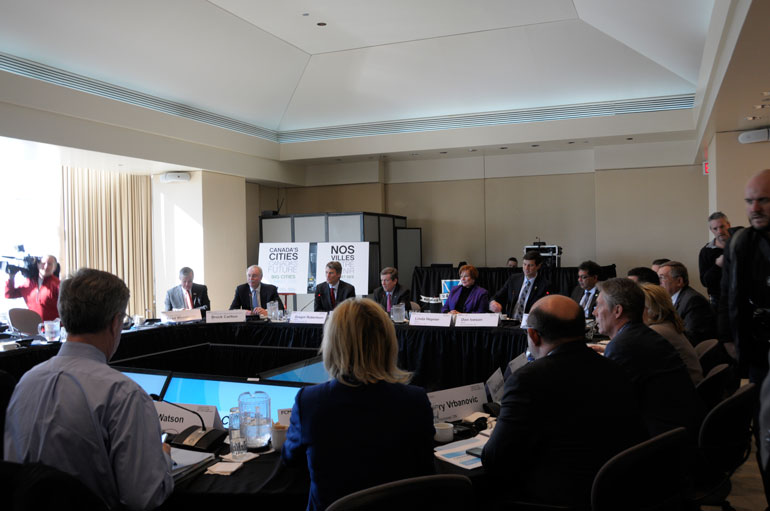 That was the message today from 19 mayors gathered for the Big Cities Summit at the St. Andrews Club in Toronto. Priority issues included improving transit, affordable housing and infrastructure.

“We need to ensure that federal government recognizes that cities are the drivers of job creation and Canada’s economy,” Vancouver Mayor Gregor Robertson told the media.

Toronto Mayor John Tory said in order to solve these problems they need consistent funding from the federal government. He didn’t mention any specific numbers but he agreed that the long-term funding must go beyond the kinds of commitments are already in place.

“The purpose of the summit is to demonstrate urban issues matter to federal government where traditionally other government leaves the city to stand for themselves,” said John Crean, National Managing Partner and Managing Partner. “So by coming together they can express a strong point of view about how collectively cities and the issues that cities face are important to Canadians and important in all levels of government and should be able to get funding in priority from federal and provincial government.”