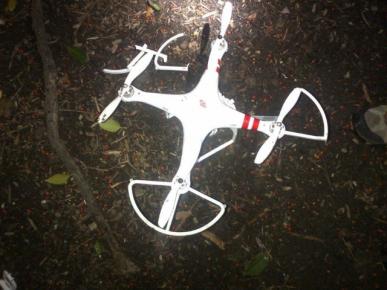 A U.S. company confirmed to Humber News on Tuesday that it is selling a new line of shotgun shells designed specifically to tackle the threat of remote controlled flying drones.

The Drone Munition brand is a line of shotgun shells built to shoot down “small personally owned drone (quad-copters, etc.) that may carry a camera on or above personal property, potentially infringing on personal privacy,” said the manufacturer Snake River Shooting Products.

The base model is a standard, lead free, 12-gauge shotgun shell, the company told Humber News on Tuesday.

Snake River said personal drones are a “real and credible threat to our privacy, and potentially our safety.”

As to the effectiveness of this specialized ammunition, Ernest McKenzie, a firearms expert with Canada’s National Firearms Association,  told Humber News it really wouldn’t make a difference when firing upon the delicate construction of personal drone copters.

“First off, the effective range of a shotgun is only 40 metres, and, whether it’s a steel or lead shot, the fan blades are so fragile it wouldn’t make any difference,” said McKenzie from his office in Edmonton.

McKenzie said people shouldn’t be concerned about bullets falling back to the ground.

A standard “rifle bullet fired straight up in the air only has enough force on its way back down to put a small dint in a rowboat seat,” he said.

“With shotguns, you’re dealing with a shot that’s much smaller in diameter, the weight of the shot is so low that it’s not going to do any damage.”

McKenzie cautioned that repercussions would likely follow any action in which a drone gets shot down.

“Either way, if your neighbour’s kid flies his drone into your backyard and you go blazing away with a shotgun, there’s going to be consequences,” McKenzie said.