Winterlicious kicks off the winter season 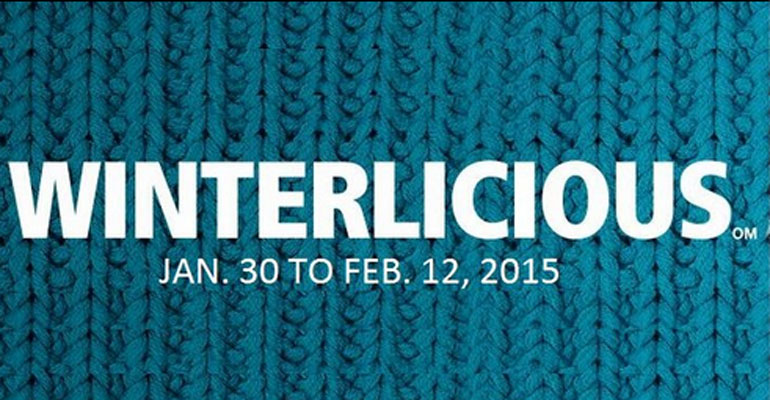 Winterlicious is an annual celebration of food in Toronto’s restaurant industry. Running from Jan. 30 to Feb. 12, more than 210 restaurants will offer three-course meals at a variety of fixed price points.

Tickets for the Event Series are still on sale with several events already sold-out. Ticket availability can be found on their website.

Eirine Papaioannou, official City of Toronto Winterlicious spokesperson, said there are several repeating participants in Winterlicious, but newcomers are always signing up. For a restaurant to take part in the event they have to fill out an online form – all criteria can be found on the website.

It’s best to call and make a reservation, but there’s always last minute availabilities, Papaioannou said. If you are unable to get onto a specific list, “try another hidden gem, something you haven’t tried before,” she said.

Starting Jan. 30, the website will offer “Today’s Reservation Availability,” a feature that will allow people to find what times and restaurants are available that day. For all those last minute planners, this is definitely something to get into the habit of checking.

Papaioannou said she has been to many of the restaurants over the years and really enjoys them, not only during Winterlicious.

“I always take my cues from different types of cuisines, perhaps something that I’m not familiar with or haven’t tried as often, or haven’t been able to cook at home. So this year what caught my eye for the first time was…a restaurant featuring Ethiopian cuisine and another featuring Haitian cuisine. Those are some things I hope to get out to because they’re new to the program and new to me.”

Restaurant menus and information can be found on their website.

Winterlicious began in 2003, produced by the City of Toronto and presented by Interac Association. Participating restaurants have served 4.9 million meals and produced more than $215 million for the city’s restaurant industry.

This year it will feature 15 ticketed events that are interactive or have some sort of entertainment element, offering diners a more unique experience.

Mysteriously yours Dinner Theatre is one restaurant on the event series list.

“This is the second year we are taking part in Winterlicious, and the theatre looks forward to becoming a continuing participant,” said Manager Iliki Mahairas. Their exclusive “Murder In Casablanca” show is already sold out for Feb. 7 and half-way booked for Feb. 6.

Mysteriously Yours Chef Justine Voutt will be preparing a four-course dinner that includes Moroccan dishes with lamb kefta kabob, baklava and other delicious choices.

The mystery begins during dessert time when the characters are introduced to the guests who have two and a half hours to figure out who the killer is.

The 15 participants of the Culinary Event Series

• Celebration of the Black Truffle (Rosewater)

#LiciousTO mania is in full swing! Hearing reports of people trying for hours to make reservations. Our 11 picks: http://t.co/FcYmOJPX0a

There is ONE week left until #LiciousTO begins & restaurants are now taking reservations! http://t.co/JFSkNXGEW1 pic.twitter.com/4wp6oQX95I

Have you made reservation for #LiciousTO yet? If not, highly recommend my fave Indian Restaurant @pukkatoronto http://t.co/CPQmvvesdg — Vickie (@kiki_BFF) January 22, 2015

We’re excited for @LiciousTO! Have you made your #LiciousTO reservations? Photos & menus: http://t.co/VNnWcbleae pic.twitter.com/DOF4OWLu3b