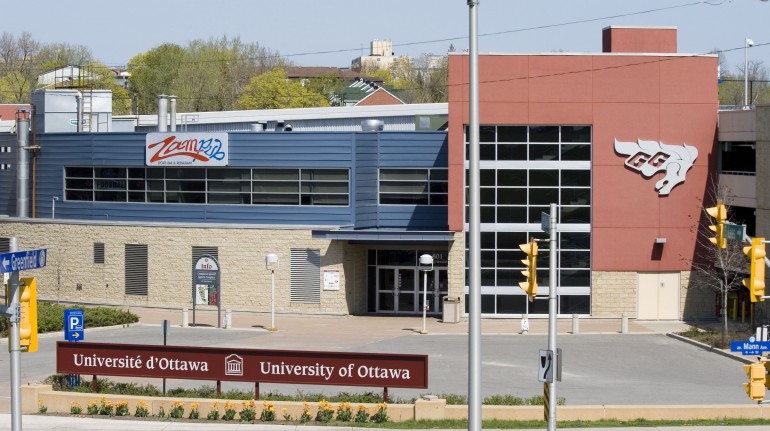 The University of Ottawa said they will follow the recommendations made by a task force to reduce sexual harassment after the accusations and suspensions involving the men’s varsity hockey team in 2014.

In March 2014, the varsity team was suspended because of “serious misconduct”, following the alleged assault of a female student at another university while the team was in Thunder Bay for a game.

The task force is made up of University of Ottawa faculty, students, and community members, to conduct research and release reports on findings of students who have been experiencing sexual harassment either face-to-face or online.

Recommendations made by the task force

They use the definition of sexual violence from the Government of Canada’s 2011 Changing Attitudes, Changing Lives: Ontario’s Sexual Violence Action Plan as the basis of their understanding for the recommendations:

The action team will be implementing the recommendations and reporting to the university president Allan Rock. The team members will be nominated by different organizations and in specific positions to demonstrate leadership. The action team will also run on a set of values known as Destination 2020, the university’s vision for creating a positive reputation within the community.

One of the main emphases is implementing a sexual violence policy, which also ties in with a recommendation to work with community partners to continue promoting the action against sexual harassment.

According to the report, statistics show that women reported sexual harassment more than men, ranging from sexually suggestive jokes that made them uncomfortable, to unwanted touches, to exposed genitalia.

University of Ottawa task force: The percentage of women who were sexually harassed face-to-face. | Create infographics

The reaction from women was mixed, as heterosexual women were pressured for dates more than those who identify as bisexual.

University of Ottawa task force | These are some of the statistics provided in the report in relation to online sexual harassment.

The action team will also audit sports teams, and provide training for staff and players to be more aware of sexual harassment. Sports services are recommended to give priority to women when hiring for positions such as coordination, programming, facilities and coaching.

The report also lists numerous ways of how postsecondary institutes should use to combat sexual violence.

Universities will work within their departments to establish communication and talk about rape culture.  From there, administration are asked to make it a conversation and demonstrate authority to cut back on the occurrences of sexual violence.

The task force emphasizes gender equality and more counseling services to victims of sexual violence, since some are unable to approach police or family because they do not want them to know about the events.