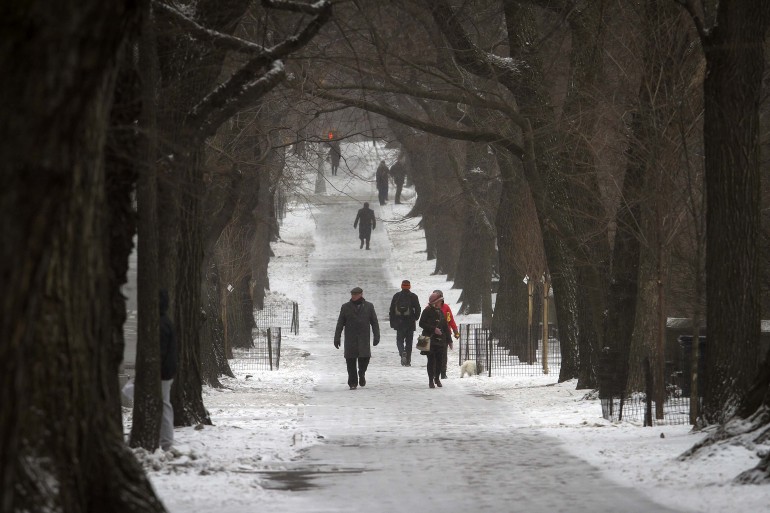 Residents from the northeastern United States and Canada’s Maritime provinces are preparing for the worst, as a potentially record-breaking storm system hits Monday.

While many American outlets are reporting on the doom and gloom of the snowstorm, Dr. David Pearson, climate change expert and science advisor to the Ontario Centre for Climate Impacts and Adaptation Resources says that residents of Southern Ontario shouldn’t worry as the track these storms take is hard to accurately predict, and it’s likely the storm will remain on the East Coast.

“The problem with prediction is that it’s hard to determine the exact track of a storm like this. If it’s 100 km to the east, then it might very well stay offshore, or close to the shore, and not affect Toronto but go steaming into the Maritimes.”

Coulson continues, saying: “The Maritimes is the part of the country that really needs to get prepared, Toronto might get away with it but the Maritimes are much more likely to be in the track of the storm and get a lot.”

People walk up 5th Avenue at Central Park as it snows in the Manhattan borough of New York January 26, 2015. Photo Courtesy of Reuters

People living in New York have already felt winter’s wrath, with residents of Buffalo still reeling from the seven feet of snow that shut the city down last November. This current system is shaping up to be even bigger, warns Geoff Coulson, a meteorologist with Environment Canada.

“This latest storm system is much larger than what hit Buffalo, and will affect a number of states and provinces. This particular storm tracked to the south of Ontario, hit the east coast south of NY and rapidly intensified, so as it moves up the east coast the impacts will be through New England and the Maritimes as opposed to Ontario.”

This is good news for residents of Toronto, who will avoid the brunt of the storm and likely won’t be getting any snow until Wednesday night.

“With this particular vent we’re not expecting much of anything, but snowfall is expected for the Toronto area. That system will likely spread through the Toronto area late Wednesday and early Thursday. It’s not likely to be a huge snowfall, but we could be looking at 5 to 10cm,” Coulson says.

While residents looking to stay in the city don’t have much to worry about, those looking to fly into affected areas in the States might want to make alternate plans, with flight tracking sites reporting cancellations reaching numbers as high as 2,500 for Monday and upwards of 3,300 for Tuesday.