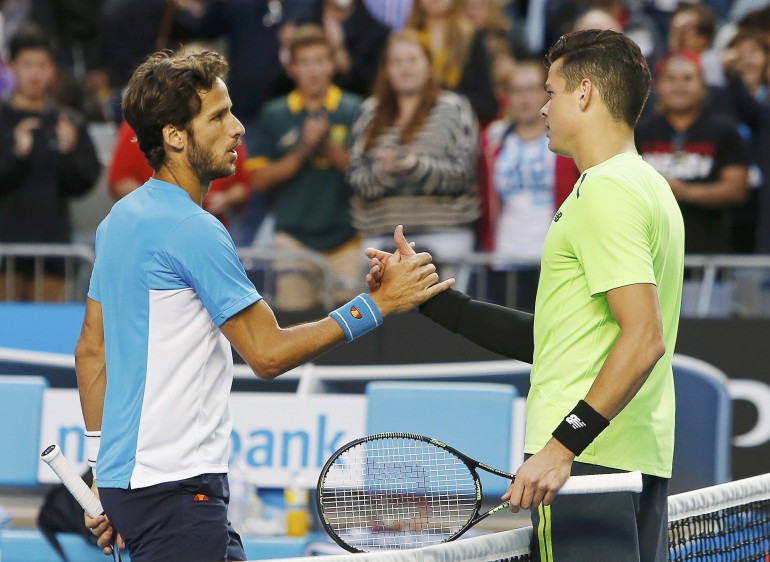 Milos Raonic defeats Feliciano Lopez in the fourth round of Australian Open. He will play Novak Djokovic in quarter finals. Photo Courtesy of Reuters

Milos Raonic ties a Canadian record by advancing to the quarter finals of the Australian Open in his third career-Grand Slam appearance.

The last Canadian to reach a quarter-final in a major tournament was over a century ago, Robert Powell in the 1908, 1910 and 1912 Wimbledon.

The eight-seed Raonic may have to place the top-seeded Novak Djokovic of Serbia, which would be an even tougher test for the Canadian.

The two have met three times and Djokivic has won all three games according to Matchstat.com.

Raonic can set the tone of the game with his powerful serve – Gregory Strong, The Canadian Press

“Raonic can set the tone of the game with his powerful serve,” said Gregory Strong, a sports reporter at The Canadian Press.

He will need to use his strength to his advantage, but if Djokovic can win the serve Raonic will have problems said Strong. “Djokovic is in the best shape of his life right now.”

The key for Raonic to win is to have a great all-around game.

“He has improved his backhand and net play, ” said Strong. New coach Ivan Ljubicic has helped his overall game play focusing on Raonic’s weaknesse. He will need to have a complete game to beat Djokovic.

“Skies the limit with Milos,” Strong said. Raonic is entering his prime right now and this is his opportunity to beat the big three which includes Novak Djokovic, Roger Federer and Rafael Nadal. In 17 combined games versus the big three Raonic has won once and that was against Federer according to Matchstat.com.

He needs to start beating these guys regularly, said Strong. “He’s right there. He’s bigger and stronger since the last time I saw him play.”  Strong wouldn’t be surprised if Ranoic does win, but Djokovic is the best in the world and he is the favourite.

Raonic’s next match has not yet been scheduled.