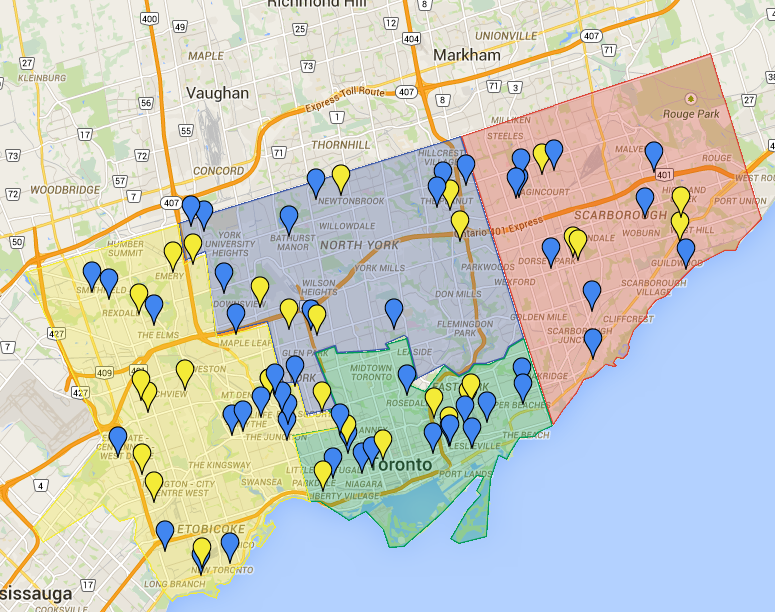 By Earl Abalajon and Ainsley Smith

Declining student enrollment is taking a huge toll on Canada’s largest school board with one in five schools now targets for potential closure.

The Toronto District School Board released a list on Wednesday evening that compares the number of students an institution can accommodate to its enrollment numbers.

The list was released after Education Minister Liz Sandals told the board to come up with a plan to deal with declining enrollment.

Below is a map that shows the schools this potentially affects and includes where each school is located, what kind of a school it is, and the number of students currently in attendance.

*All information is from The Toronto District School Board