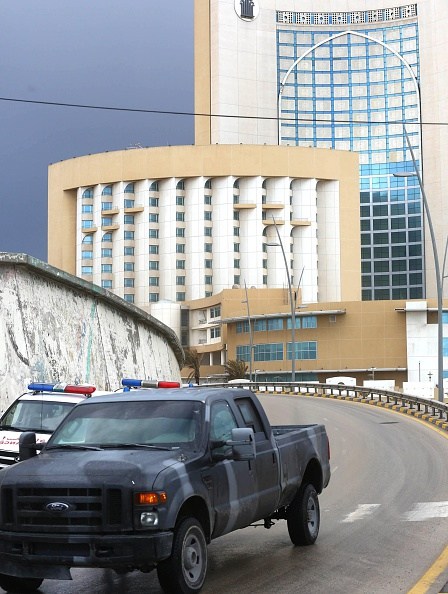 A group affiliated with the militant group ISIS claimed responsibility Tuesday for an attack on a popular luxury hotel in Libya’s capital of Tripoli.

Gunmen stormed the Corinthia Hotel and killed three security guards and five foreigners, according to Libyan officials. A car bomb was also detonated during the attack.

An unidentified hotel employee told the Associated Press that guests, including British, Italian and Turkish visitors, had fled out the back as the attackers entered the lobby.

According to the New York Times, a group calling itself the Tripoli Province of the Islamic State claimed responsibility for the attack.

Accompanying a picture of smoke rising from the hotel parking lot, the statement called the attack “an inside operation” by “the heroes of the caliphate,” and called the hotel a “headquarters that includes diplomatic missions and the crusader security companies.”