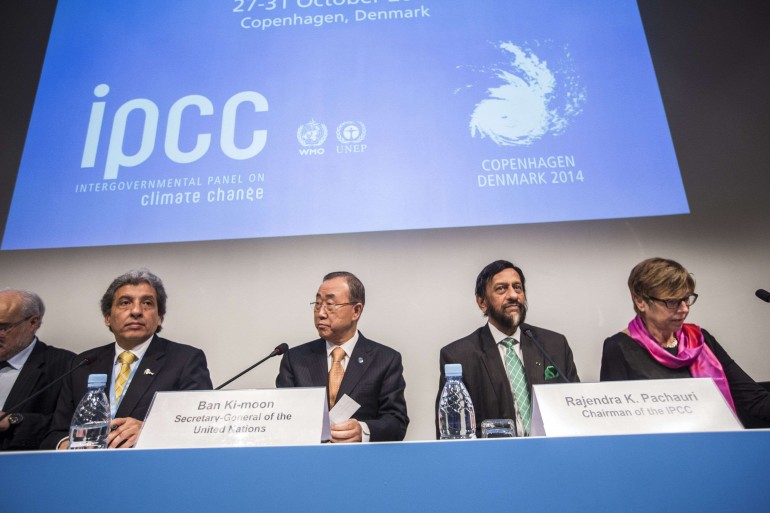 A new report on climate change brings hope with a caveat.

Climate change can be managed and irreversible damage reduced by cutting greeenhouse gas emissions to zero by 2100, said a U.N. report on Sunday.

The study by Intergovernmental Panel on Climate Change (IPCC), approved by more than 120 governments, is meant to guide policy-making during the U.N. summit to combat global warming in Paris in December 2015.

Climate change can be kept in check if we act fast and the goal is to limit average temperature rise to two degrees Celsius above pre-industrial times, the report said.

“Science has spoken,” said U.N. General Secretary Ban Ki-moon. “There is no ambiguity in the message.”

Global warming is now causing more heat extremes, downpours, acidifying the oceans and pushing up sea levels, said the report, which summed up work by 800 scientists.