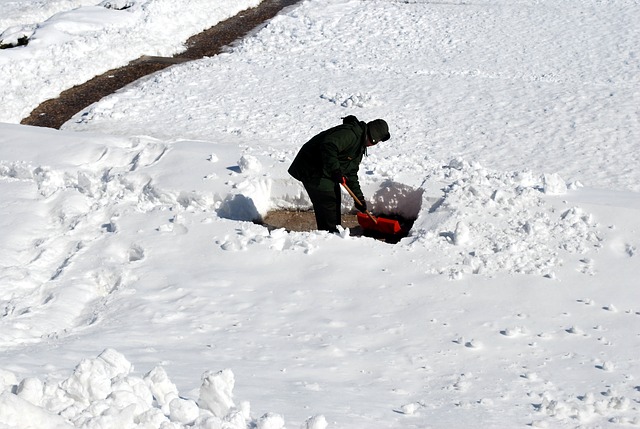 With Files from Jessica Laws

The cause of these deaths varies but among the most common was heart attack. Cardiac complications are a concern that arises every winter season for any area that experiences heavy snowfall.

The Heart and Stroke Foundation’s Senior Mission Specialist Matthew Mayer said that although shoveling is not a risk factor for heart attack, the unusual amount of physical stress or exertion when performing shoveling heavy snow can be.

He said there is no determined research on what effects the cold has on the heart.

“One of the theories is that the colder temperature constricts the body and blood flow slowing it down,” Mayer said. “This can increase blood pressure which is a risk factor for a heart attack. Hypothermia is also a real concern, so dress warmly.”

He said it is recommended that people do not eat a heavy meal before going out because it will increase the workload on the heart.

Though Toronto hasn’t received nearly as much snow as Buffalo, as we move into the winter season there are things people can do to prepare themselves.

Emergency Medical Services Kim McKinnon said that some people should stretch before shoveling any snow because many of these people haven’t done heavy lifting in months. She warns that shoveling can cause muscle damage or a medical emergency can be triggered if you are already compromised in some way such as cardiac or lung conditions.

She gives some advice on what can be done prior to and while removing mass amounts of snowfall to minimize heath risks.

“Do some stretching so your muscles don’t get injured. Also keep hydrated because even though you’re outside and it’s cold you are working hard,” Kim McKinnon said. “You are losing water and can get dehydrated if you are out for an hour, half an hour so that is very important.”

McKinnon said EMS urges people, especially if they are not physically fit or compromised in any way, to not take huge shovelfuls at one time.

Temperatures in Buffalo are supposed to rise, and residents are expected to prepare for flooding. However the snow will be back and these precautions for shoveling should be taken throughout the winter months.