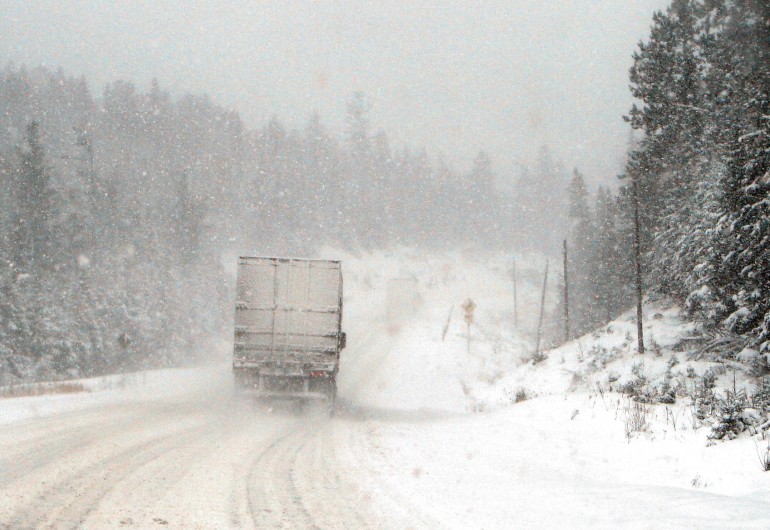 Old man winter woke up a little too early.

With a month left till the official arrival of winter, the GTA received five centimeters of snow from Wednesday night to Thursday morning, making the morning commute a slippery mess.

The Ministry of Transportation has begun its own investigation into the deployment of winter maintenance of the 400-series during that time.

Officials from the Ministry of Transportation said it is the contractor’s responsibility to deploy the equipment based on the ministry’s standards.

In an email interview, the ministry said until a full assessment is completed, “it is premature to determine the reason for the late deployment.”  After the assessment, the contractor has 21 days to respond.

During a press conference on Thursday, the Minister of Transportation, Steven Del Duc said, “For the sections that were not properly cleared, we are contacting those maintenance contractors directly and we will take action if our road safety standards and contractual obligations were not met.”

“Reduce your speed, slow down,” said Schmidt. “We see too many people losing control, driving off the road just because of their speed.”

More than half the collisions OPP responded to during that time were single vehicle accidents. “People drove off ramps, hit medians; because they were speeding, driving aggressively or following too closely,” said Schmidt.

During poor driving conditions, drivers should allow for extra time, increase following distance, and look beyond the driver in front so there is enough time to respond.

OPP said this was not just a salting issue, where maintenance wasn’t done. Even in areas where plows and salt trucks went through, people continued to drive in an irresponsible manner for the road conditions.

“These accidents were happening all throughout the Toronto region. There were salt trucks throughout the region at different times and there were accidents everywhere involving cars with snow tires and all-wheel drive, but people are just not changing their behaviour,” said Schmidt.

“People need to get the message to these drivers,” said Schmidt. “You need to change your behaviour and your habits because road conditions can change in an instant. We are in a new environment, in a new world right now in terms of weather.”

According to the Ministry of Transportation:

Plowing begins when two centimeters of snow or slush accumulates on the roadway. Salting or sanding begins within 30 minutes of the start of a winter storm. Crews monitor storms and adjust operations as required for the intensity, duration and type of precipitation. A severe or long storm may delay clearing the highway, even with the best efforts of highway crews.