Rosetta Philae to land on Comet 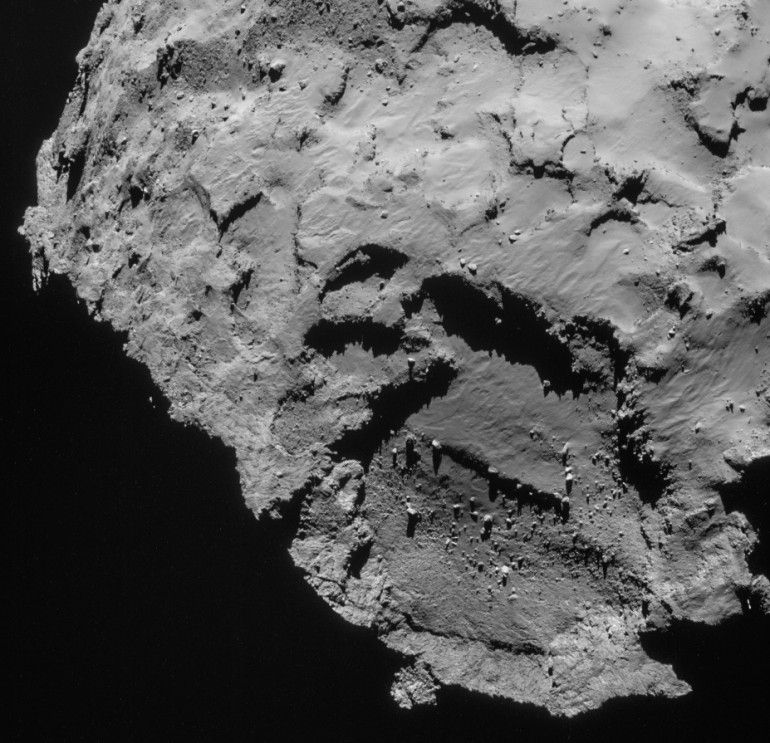 The Rosetta Philae spacecraft is set to make the first-ever landing on a comet when it touches down on Comet 67P/Churyumov-Gerasimenko while speeding through deep space.

The European Space Agency’s Rosetta spacecraft will mark the first time humans have soft-landed on a comet.

A comet is a small solar system body (also known as dusty snowballs) that contains ice and dust.

As a comet approaches the sun it starts spewing dust and gas and the debris forms a tail as seen in pictures. The tail will always point away from the sun. The reason for this is because of the sun’s heat and radiation.

Launched in 2004, the spacecraft, carrying the Philae lander and nearly a dozen instruments, spent 10 years in space before reaching the comet on Aug. 6.

“This is the most exciting spacecraft mission since Cassini reached Saturn a decade ago,” said astronomer Bob Berman in a statement.

“Comet 67P is heading toward its encounter with the Sun next summer, and as it does so its ices will sublimate, pebbles and dust will be released,” he said.

Before the mission can begin, Rosetta must be prepared to make its delivery run. The satellite is currently moving on a long, slow arc around 67P at a height of 30 km.

At a predetermined time on Wednesday morning, the spacecraft will have to head towards the comet, releasing Philae on the path that will take it down to the targeted landing zone.

“The point of separation is fixed in time, in space, velocity and attitude; and we have to reach exactly that point,” Esa flight director Andrea Accomazzo told BBC news.

“So, wherever Rosetta is, we have to design a maneuver to reach that point,” he said.

Fans of the Rosetta spacecraft share their excitement for tomorrows landing and free live stream.

You can catch all of this and more starting today at 2 p.m. from the webcast located at Mission Control. http://new.livestream.com/esa/cometlanding