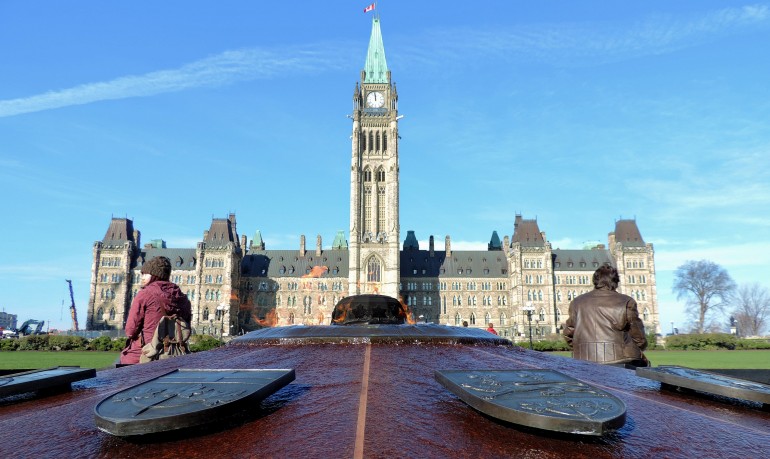 The Remembrance Day Ceremony that took place in Ottawa Tuesday morning, was the second largest turn out the city has ever had. Canadians traveled from all over to show support to the veterans and soldiers that have fallen. It was only three weeks ago that Cpl Nathan Cirillo was murdered at The National War Memorial which led to the heightened security this year. Ottawa police estimated that 50,000 people were there to watch the event. Prime Minister Stephen Harper and his wife watched along with Princess Anne. Soldiers along with one Mountie marched to take post at all corners of the monument.