One of a Kind show welcomes artisans of all skills 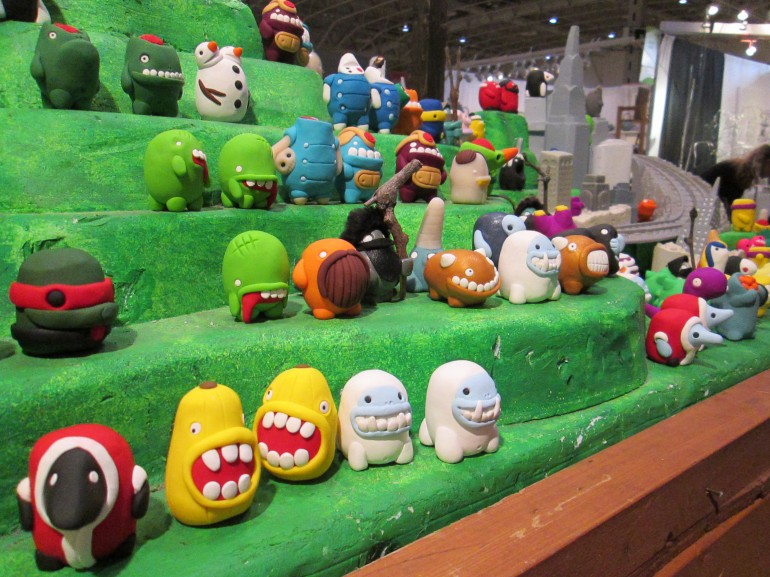 Everything from bacon-scented candles to a homemade ukulele made out of a tin can could be seen at Exhibition Place yesterday.

Artisans from around the country came to showcase their unique work at the One of a Kind Show which kicked off its 40th anniversary in Toronto.

The show and sale is held twice a year,once in the holiday season and once in the spring.British Columbia’s Trevor Kehler had a booth set up to show off his company U.S.E.D (Unlimited Supplies From Everyone’s Discards).The company’s first claim to fame was making bags, hats and wallets out of old seat belts. They have now expanded to skirts and some women’s clothing and accessories.“It’s a lot of fun. Coming from B.C., we live in a small town so it’s fun to come to the big city once a year,” Kehler said. “The show is successful for us and we are really welcomed here.”Painter Blake Richardson’s art is not easy to understand right away. He suggests viewing his art should be an interactive process.“My work is all about interpreting a vision in nature,” Blake said. “It is something that is endless to explore.”He compares it to finding images in a cloud. It is something we instinctually do as children but as we grow up we can easily lose sight of that.

“I try to bring about an awareness that there is a lot that’s unseen, if you don’t take the time to open up to it,” Blake said.A fashion show is held in the middle of the One of a Kind show a couple times a day. There is a whole section dedicated to clothing, however, nothing quite like what Allicia Martin has to offer.Here clothing line called Dear Frankie includes  a high waisted thong to help women smooth out their excess tummy bulge.

She started because she wanted one herself and then the product took off.This is her second time at the One of a Kind show.“It is hard work for sure but the product has been incredibly well received here and so it gives me the energy to keep going,” she said.The show will run until the end of the first week in December and there are more than 800 artisans participating.