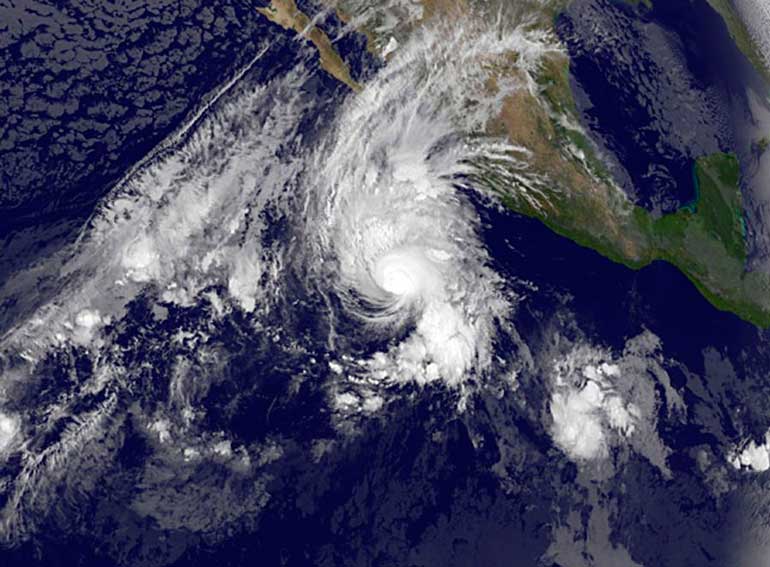 This year’s hurricane season, which ends Nov. 30, is setting 30-year records. The Atlantic’s seven named storms is the fewest seen since 1994. The 24 named cyclones in the Eastern Northern Pacific are the most since 1992.

The United States’ National Oceanic and Atmospheric Administration’s (NOAA) National Hurricane Center (NHC) predicted in May a below-average Atlantic season with between eight and 13 named storms. By August, they’d revised that prediction to between seven and 12. As of now, the ocean has barely managed to produce the minimum predicted.

The NHC said in their Atlantic prediction, “exceptionally suppressive atmospheric conditions” in the development basin, the Atlantic and Caribbean regions between 10 and 20 degrees latitude, would keep cyclone numbers down.

University of Toronto PhD candidate Athena Masson, who is developing a new, more-cohesive rating system to replace the Saffir-Simpson hurricane scale, attributes these atmospheric conditions to a burgeoning El Niño.

“What happens during an El Niño is that the Pacific automatically becomes more active – there’s warmer waters and less shear in the atmosphere,” Masson said, conditions that contribute significantly to hurricane development.

El Niño, Masson said, has the exact opposite effect on the Atlantic, lowering surface temperatures and boosting wind shear – cross winds high in the atmosphere that tear a developing storm to shreds.

The Pacific has also smashed the NHC’s May prediction of between 14 and 20 named storms.

North America has been largely spared by the highly active Eastern North Pacific season. Jerry Jien, another U of T PhD candidate focusing on the impact of climate change on Pacific tropical storms, said, “If you look at the way that storm tracks move, they usually start going in a westward direction,” away from the Americas.

Masson said this trend and the reduced Atlantic season has had an unfortunate side-effect.

“This is one of these years that all of the climate change deniers are saying, ‘Look, we told you so. Hurricanes are not on the increase,” Masson said. “This is just an outlier year.”