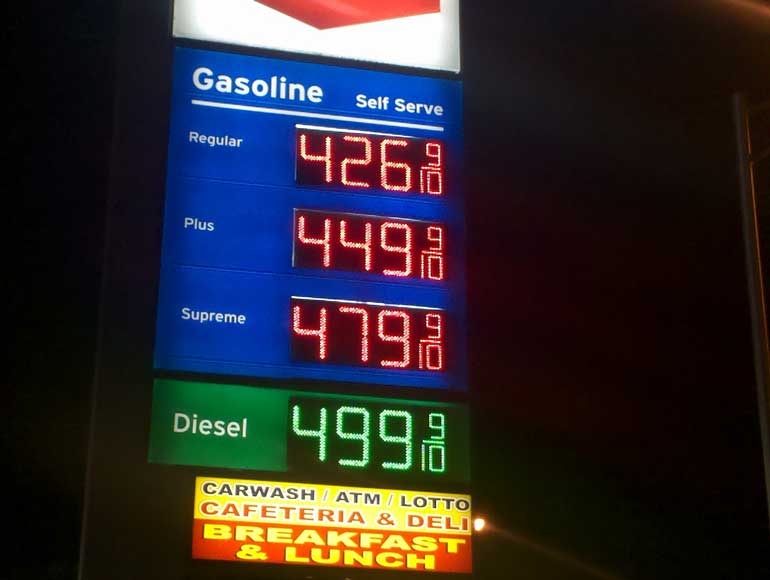 Gas prices are declining in Ontario and Dan McTeague, Senior Petroleum Analyst at Gasbuddy.com said it’s mostly because the world is oversupplied with crude.

“Anywhere you go around the world, crude production levels have increased about a third in the past couple of years,” he said.

“Spectators are saying that if there’s a lot of crude and the demand is not increasing, the prices need to be adjusted accordingly,” said McTeague.

Gas prices vary across the country. In the Prairies, prices are bouncing around a dollar to a dollar and five cents, according to McTeague.

Compared to this time last year, it’s about six cents cheaper,” said McTeague. “Overall it has been a much better year at this time of the year than anything we’ve seen in the past.”

McTeague said according to statistics Canada, the average consumption of gas is about 80 liters a week and that’s a saving of at least $20.00 a week.

Any transportation or service that uses fuel should also have cheaper prices.

“It dropped so dramatically, so quickly, that it’s uncertain as to how it’s going to really impact the whole economy going forward in the next several months,” he said.

Fuel prices play a role in everything we see and do whether it’s clothes, products or agriculture.

“All have an energy input and energy costs have dropped which means there will be a savings for consumers right through the entire economy”, said McTeague.