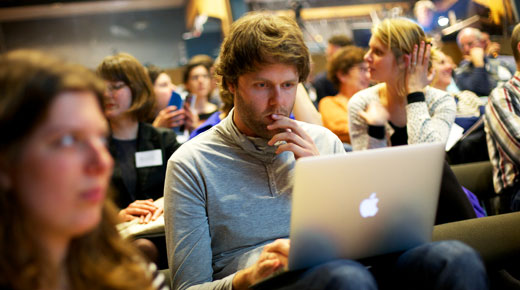 Bank of Canada Governor Stephen Poloz says students should be working for free to bulk up their resumes until the gap in the unemployment rate closes.

Poloz spoke at a press conference in Toronto before the House of Commons Standing Committee on Finance this past Tuesday.

“Volunteer to do something which is at least somewhere related to your expertise set so it is clear that you are gaining some learning experience during that period,” Poloz said in a transcript posted on the Business in Canada website.

“I’ll acknowledge that there are issues like the ones you (Brison) are raising, I wasn’t trying to go deeply – this isn’t a monetary policy matter, but I still think that when there are those opportunities one should grab them because it will reduce the scarring effect, all other things equal,” he said.

Travis Gordon of the Canadian Alliance of Student Associations thinks the governor’s comments are ill informed.

“I think the notion that unpaid internships are the solution to this youth unemployment issue that students and youth are facing is not exactly the best policy prescription,” Gordon said. “I’m a student from a low-income background, and I would not be able to sustain my (lifestyle) while doing an unpaid internship.”

The Ontario Ministry of Labour cracked down on unpaid internships last spring, after 56 employment sectors were inspected and saw that the most common violations were for record keeping, wage, and hours of work.

There are six conditions to be met for an unpaid internship to not be in breach of Ontario’s Employment Standards Act.

With a batch of new graduates every year, it will become harder for youth to get jobs with the competition of new grads.

Tom Haxwell of the Canadian Internship Association estimates  there are between 100,000 to 300,00 unpaid internships involving people of all ages across the country.

“(Poloz) should be encouraging employers to not engage in activities that offer unpaid internships, but rather just paid work,” Haxwell said. “He should be speaking directly to employers rather than blaming it on the employees and the youth trying to get work.”

Haxwell stresses youth to understand their rights while applying for internships and pursuing their career path.

“I think right now people don’t understand the rights that they do have,” Haxwell said.

First year Humber College Media Foundations student Tyrus Mcintosh said he is not worried about getting an internship, but he is nervous about the prospects of getting a paying job after volunteering.

“The program that I am in is very competitive to get into, and to get into that field and expand is going to be even harder,” Mcintosh said.

“If you are (interning) full time and doing the same amount of work that anybody else would be doing then why not,” Mason-Adair said.