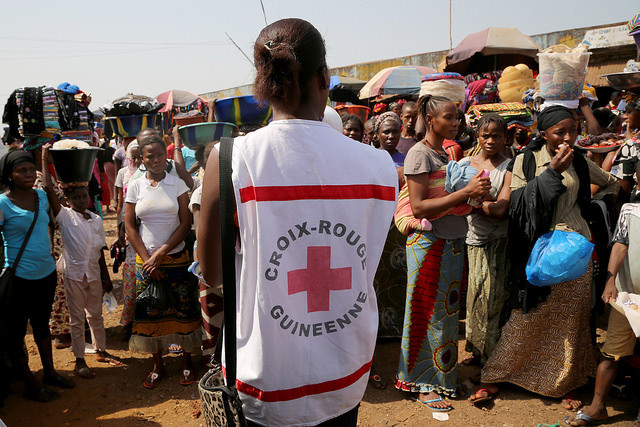 Nearly eight months following the beginning of the deadliest Ebola outbreak in history, efforts to control it are far from over.

A World Health Organization study released Wednesday, shows national cases of the virus are no longer increasing in Guinea and Liberia. The report highlights the opposite is happening in Sierra Leone.

Ellen Johnson Sirleaf, the president of Liberia is even the confidence her country could be on the way to having no more cases of Ebola by Christmas.

With drugs being created around the world to immunize patients, including the San Diego-based experimental drug ZMapp, that successfully has treated two American Ebola patients, demand is high for more doses of the drug in at-risk countries.

At the IWK Health Centre in Halifax, N.S., the Canadian Centre for Vaccinology is in the beginning of Phase 1 trials using an experimental vaccine, BPSC1001.

Dr. Scott Halperin, who is leading the medical study, told Humber News “our vaccine trial will look for any side effects, and whether lower doses of the vaccine can induce an immune response against Ebola.”

A group of researchers at U of T are assisting in an initiative headed by Toronto-based medical company Chematria Inc.

They are using a special supercomputer designed by IBM to find what drugs are designed to work in fighting Ebola.

Dr. Abraham Heifets, CEO of Chematria Inc., said the supercomputer is designed to save time in figuring out what medical efforts work in immunizing Ebola patients.

“There are far too many drugs to test against Ebola physically. It’s expensive, there’s so much difficult work to be done,” said Dr. Heifets.

“We’re narrowing down and guiding the search to a few drugs with this technology to quicken the process in combatting the virus and we think it will work.”

Obie Egbuchulam, founder of the Push Up and Push Back Ebola campaign in partnership with Doctors Without Borders Canada, said while drugs such as ZMapp have proven successful, he said he’s not sure about other initiatives being done, including those in Canada.

“I’m not certain if other attempts may work but at the same time I hope I’m wrong,” he said.

Sunnybrook Hospital in Toronto is one of the 10 hospitals highlighted by Ontario Health Minister Dr. Eric Hoskins’ Advisory Table on Ebola Preparedness.

Sunnybrook’s Dr. Laurie Mazurik spoke to 96.9 Radio Humber reporter Issey Abraha about how the hospital prepares for a case of Ebola at their facility.