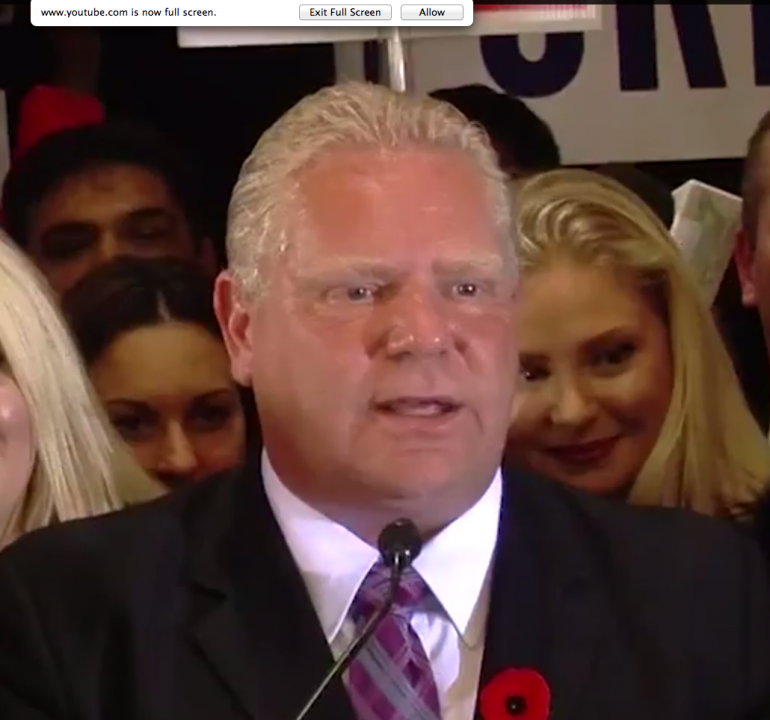 By Kathleen Jolly and Casey Taylor

Doug Ford announced Thursday he will not be running in the PC leadership race. Instead, he is throwing his support behind leading candidate  Christine Elliot, the MPP for Whitby-Oshawa.

Ford made the announcement at his family’s printing business Deco Labels in Etobicoke.

Ford had previously ruffled some feathers with the provincial Conservatives when he said no PC leadership candidate could beat Liberal Premier Kathleen Wynne, and that the PC party needs an enema.

He told the media earlier this week that “the stars are aligning” for his entry to the race.

The PC party has traditionally been quite weak in Toronto. Ford, who finished second in the mayoral election, said previously  he’d bring the 331,000 votes he received during the Toronto mayoral election race to the party.

There are five candidates vying for the coveted job, including Elliot, who is the widow of the late Finance Minister Jim Flaherty.

The decision will be made via ranked ballots cast by Tories on May 9.