Dempsey and Donovan battle for the MLS Western Conference Finals 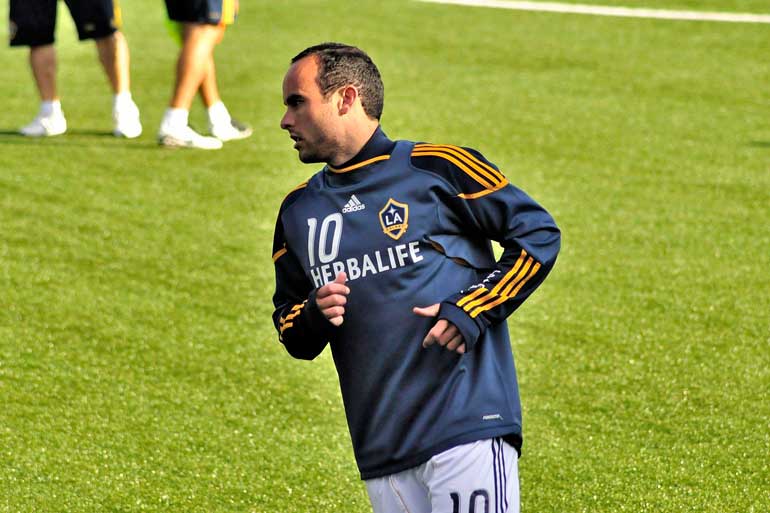 Two of the biggest U.S soccer stars will battle for first place in the Major League Soccer Western conference finals.

Clint Dempsey and the Seattle Sounders will be playing in the Western Conference finals for the second time in the club’s history. Landon Donovan and the L.A Galaxy on the other hand will make their 23rd appearance at the conference finals.

The teams will play twice and the winner of these match ups will earn a spot in the MLS Finals.

Since Dempsey joined Seattle in 2013 they have played L.A. five times. Donovan and his team have won two of the last five match ups.

Los Angeles has scored a total of 11 goals in the past five games, while Seattle has only been able to score four.

Individual player stats show the Galaxy may have an advantage with two of their players in the top three spots for this year’s goals and assists.

Robbie Keane is in third place with a total of 19 goals. Donovan is leading the league in assists with 19.

Seattle Striker Obafemi Martins has been leading his team this year with fifth place rankings in the league’s goals and assists.

The Galaxy have another major advantage, their coach has the best record in MLS playoff history. Bruce Arena has a remarkable record of 28-9-8.

Sounders coach Sigi Schmid holds his ground with a respectable second place finish in wins during the MLS postseason, compiling a 23-14-8 record.

But all eyes will be on Donovan and Dempsey. Both men have played on the U.S. national team and are considered stars around the world.

Donovan is the MLS’ all-time leading scorer with a total of 144 goals to date.

It could be argued that Donovan has a lot more riding on the line these next two games. In August the forward announced he would be retiring.

If the Galaxy go on to the league’s final and win he will retire with a total of six MLS Cups.