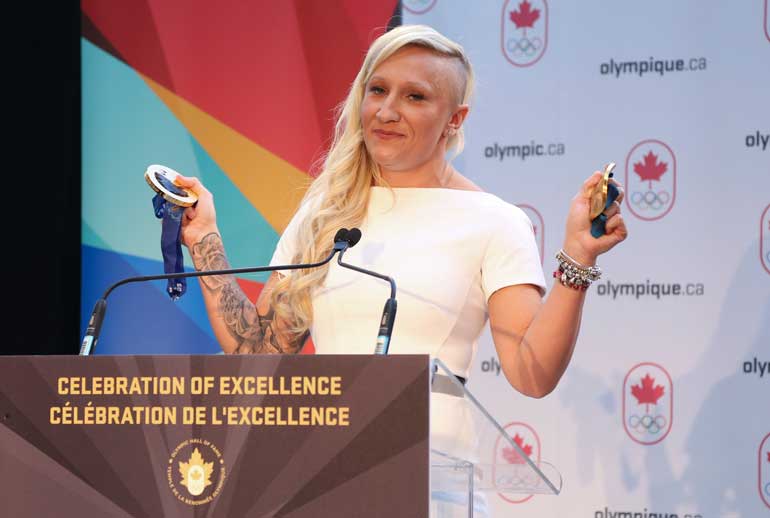 Anything you can do, I can do better. This is the motto championed by Canadian Olympic champion Kaillie Humphries and  American olympian Elana Meyers Taylor.

The female bobsled stars recently made history by competing in an international “four-person bobsled” competition against men.

The two-time gold medalist, along with silver-medalist Meyers Taylor, became the first women to participate in a mixed-gender four-man competition.

The two decorated  Olympians are certainly trailblazers in the quest to advance their sport and push the boundaries of competition.

These two bobsleigh pilots are clearly among the top athletes within the female international circuit and are often thought of as the strongest as well.

Up next: Both athletes are qualified to compete with their respective national teams, but they must satisfy the experience requirement in order to compete on this year’s gender neutral World Cup circuit.

They have several competitions they can compete in to acquire the amount of lower-tier races needed before the opening of the season next month at Lake Placid, New York.

These exceptional female athletes have pioneered the advancement of their respective sports by challenging the notion that women can compete and perform at the same level as men.

Below is a timeline of some of the noteworthy contemporary examples of females athletes who have crossed the gender barrier in sports.