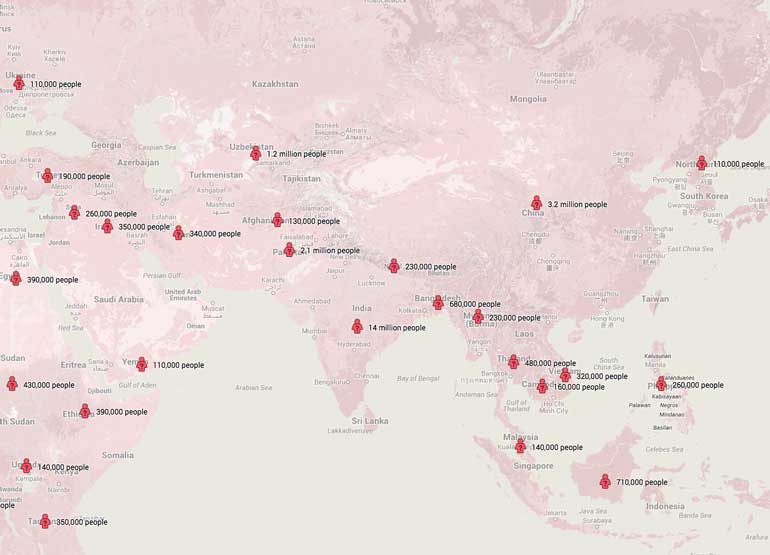 More than 220 years after Upper Canada became the first British colony to abolish slavery, an estimated 4,600 people in the country are still being victimized, according to Walk Free Foundation (WFF).

The Australia-based NGO “dedicated to ending modern slavery” recently released its second annual Global Slavery Index, ranking 167 countries across the globe for the prevalence of “modern slavery” and their legislative response to that threat.

Modern slavery involves one person possessing or controlling a person in such a way as to significantly deprive that person of their individual liberty, with the intention of exploiting that person through their use, management, profit, transfer or disposal. – Walk Free Foundation

On the legislative front, government response to modern slavery was rated based on five aspects: attitudes, social systems and institutions; coordination and accountability; criminal justice; support for survivors; and business and government.

Canada was given a BB rating (the eighth-best on a 12-rating scale.) Where WFF found our government failed was on survivor supports (rated at 44.4 per cent) and business and government (0 per cent). The latter is a rating of businesses’ and governments’ efforts to avoid sourcing goods and services produced via modern slavery.

Andrea Burkhart, executive director of ACT Alberta (Action Coalition on Human Trafficking in Alberta) said Canada has done a lot but there is a lot more that can be done. The government and citizens need to do more, Burkhart said, to educate themselves about modern slavery, invest in collaborations and fund organizations working to combat these crimes.

The Global Slavery Index is “not a perfect tool,” Burkhart said, because “the reality is, we don’t know” the numbers. She said it is serving a good purpose in by drawing attention to the issues and “sparking conversations.”