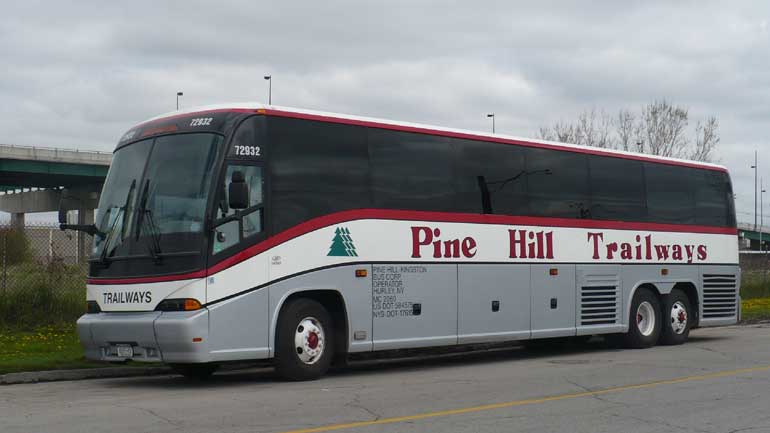 Canadian travellers from Toronto to New York City were among passengers involved in a bus crash that injured just over two-dozen people Thursday morning.

Reports indicate that the accident happened around 2:45 a.m. in the southbound lanes of Interstate 81 just south of Syracuse.

There were 52 passengers aboard the bus when it collided with a stalled car and a tractor-trailer on the highway. The driver and 25 passengers were taken to hospitals with non-life threatening injuries.

It has not been confirmed how many of the 52 bus passengers were Canadian.

Commissioner of Emergency Management Services for Onondaga County Kevin Wisely told Humber News that the bus driver ‘s injuries are the most serious.

“It took us approximately two hours to extricate (the bus driver) from the wreckage,” he said.

“He suffered serious traumatic injuries to his lower extremities.”

Wiseley confirmed that the bus driver is now in serious but stable condition at Upstate Medical University.

“Upstate University Hospital received 13 patients and 11 were treated and released. Two patients will be admitted,” said Kathleen Paice Froio, public and media relations for Upstate Medical University, in an e-mail.

Froio also said the emergency department at Upstate’s Community Campus released four patients, but did not say how many were taken there.

A spokesperson from Trailways of New York, the bus company involved, said they are unable to comment until more information becomes available. There is no statement on their website or social media at the time of this writing.

Wisely said that the driver of the tractor-trailer was examined on the scene and it was determined he did not suffer any injuries.

The driver of the car has been charged with driving while intoxicated, Seeber said.

Wisely could not say if further charges will be laid. He told Humber News that the sheriff’s office’s accident reconstruction team is still on the scene and investigating.

Those passengers not injured in the crash were taken to Syracuse’s Regional Transportation Center on city buses.

The identities of those involved will be released later today.

Syracuse.com reports that Interstate 81 has “largely been reopened” as of 5:38 a.m.