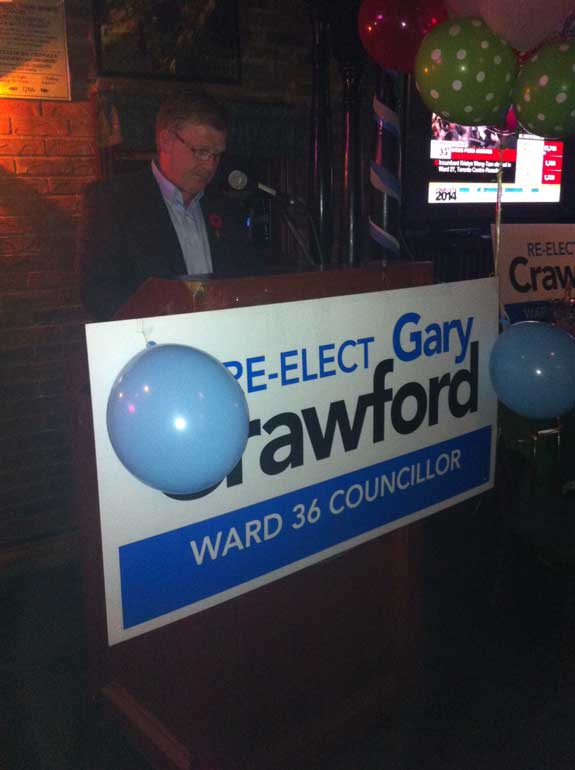 Scarborough Southwest councillor Gary Crawford has been re-elected in Ward 36 with 52 per cent of the vote compared to 31 per cent for runner-up Robert Spencer.

Crawford, the incumbent, focused his campaign on development and revitalization in Scarborough.

Crawford was a Ford supporter when he was first elected in 2010 and a member of Toronto council’s executive committee.

His support for Rob Ford ended when the crack scandal broke. Crawford is also known for painting a portrait of the mayor for his mother as a favour.

After Crawford’s victory, supporters were overwhelmed with excitement, celebrating with drinks in hand, high spirits and big smiles.

Elsewhere in Scarborough, Deputy Mayor Norm Kelly has been re-elected as councillor for Ward 35,  by a whopping 85 per cent.

Also re-elected by a large margin is Paul Ainslie in Ward 43 with 74 per cent of the vote.

Raymond Cho has been re-elected in Ward 42 with 49 per cent.