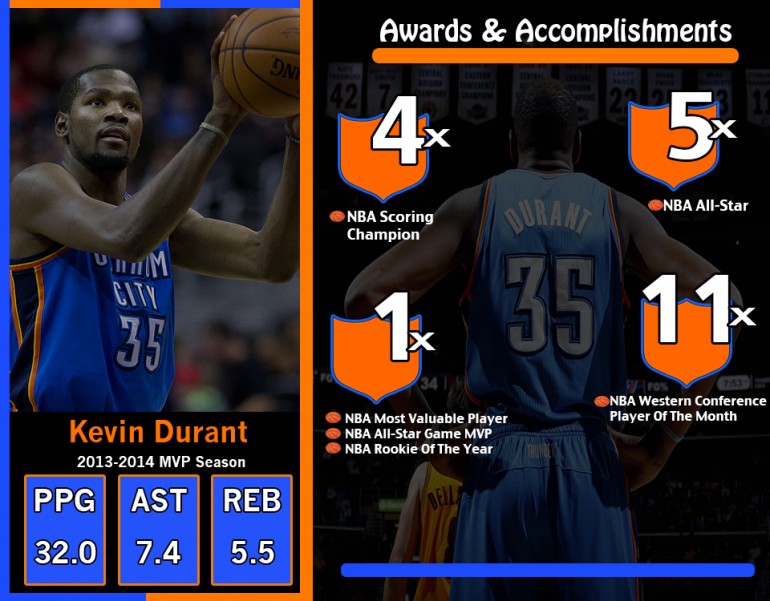 Oklahoma City Thunder star forward Kevin Durant suffered a foot fracture during practice that could sideline him for at least eight weeks.

Durant’s incident is the second major injury to have recently hit the NBA. Indiana Pacers star shooting guard Paul George suffered a gruesome leg injury during the summer that will keep him out of action for the entire season.

Until Durant returns, all-star point guard Russell Westbrook will have to pick up the slack and carry the Thunder to victory. Durant’s storied career so far:

During the past seven years, Durant has never been seriously injured and has only missed a handful of games.  His presence on the court is key if the Thunder hope to do well in a conference as strong as the West.

Questions are being raised by fans on social media as to how dominant will the Thunder be without its driving force, Durant, who led them to the 2012 NBA Finals.

The Oklahoma City Thunder released a statement on Sunday morning saying Durant’s injury would require surgery and it is unknown when he will return. With therapy, he could be off the court for longer than eight weeks.