Mississauga has a new mayor after nearly four decades 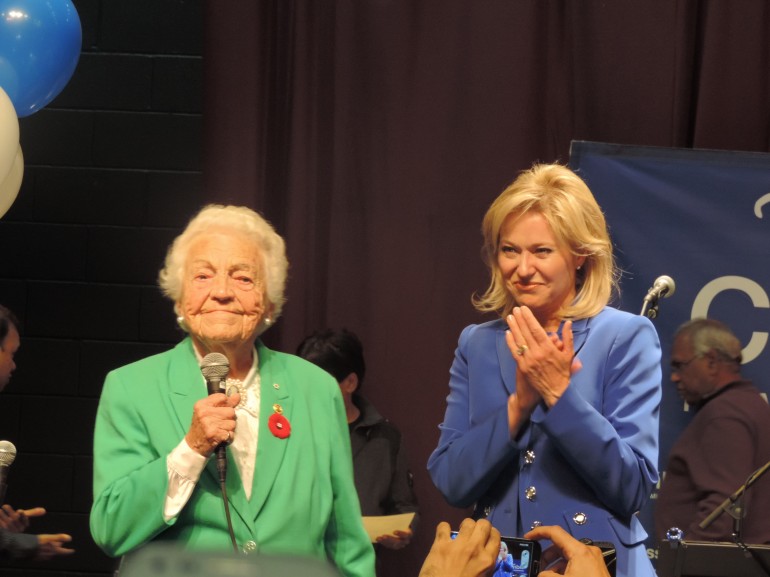 Mississauga has its first new mayor in 36 years. Bonnie Crombie has been declared the winner with 63.5 per cent of the vote.

Reports from the Polish Cultural Centre, Crombie’s election headquarters, say the room is absolutely jubilant with the result. “You voted to move Mississauga forward, and I will move it forward,” Crombie said in her victory speech. “I believe our best days are still ahead of us. We have made history here tonight.” Crombie won by a landslide, leading by 35 points over her primary opponent Steve Mahoney. The two went head-to-head in the intense race to succeed “Hurricane” Hazel McCallion, 93, who announced she would not seek a 13th term. Voter turnout for the city was 36.3%. The electorate faced a tough choice between the former members of Parliament who campaigned on very similar platforms in what is being referred to as a watershed moment amid Mississauga’s debt crisis. The two Liberal stalwarts differed only in the details and management of their respective transit plans and of an ambitious 22-km development of Mississauga’s waterfront. Both Mahoney and Crombie also have experience in city council. Mahoney left his seat in 1987 to serve as Secretary of State for selected Crown corporations under Prime Minister Jean Chrétien. Crombie is currently a councillor. McCallion’s endorsement of Crombie over the Thanksgiving weekend led to a boost in polling numbers for the candidate. The latest numbers showed the candidate pulling 25 points ahead of her primary opponent.

The new numbers were a drastic change from previous polls that had Crombie narrowly trailing Mahoney. Critics had expressed concern that the endorsement suggested Crombie did not inspire confidence as an agent of change. The two opponents locked horns in a fight that turned surprisingly bitter. Mahoney’s wife Katie, who herself has served on council for 23 years, was said to be furious about McCallion’s endorsement of Crombie. The candidate’s wife had previously testified in defense of the mayor during her conflict-of-interest hearing. For his part, Mahoney had secured the endorsement of five sitting council members.