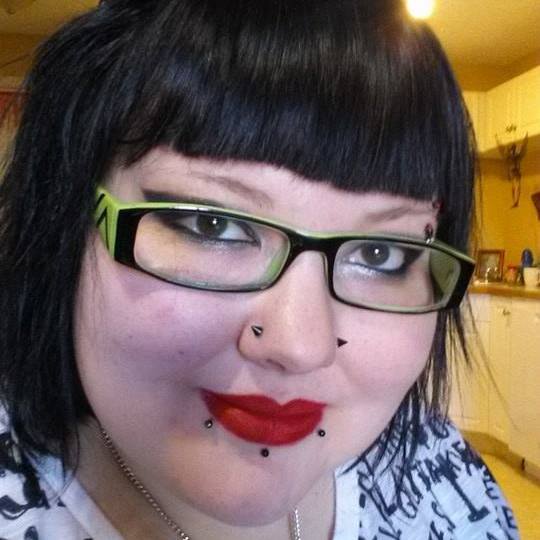 You may want to think twice before getting that tattoo or piercing, especially if you’re on the job hunt.

Kendra Behringer, of Edmonton, Alta., had her resume thrown out in front of her from a retail employer after he saw piercings on her face.

After having a debate with her family regarding taking out her piercings to avoid the chance of professional scrutiny, Behringer started a petition to make it illegal to be passed over a job opportunity based on physical appearance — specifically tattoos, piercings and hair style.

“People have a stigma,” Behringer said. “It used to be that one point in time people with piercings and tattoos were usually criminals. That’s not so anymore, and people need to get that stigma out of their head, and be more tolerant.”

Behringer has two tattoos and 22 piercings. At the time of her job hunt she had blue hair.

Her online petition through change.org has reached 2,500 signatures, up from the 200 names before she became the focus of media attention.

Supporters’ reasons for signing include the perceived discrimination “effects my everyday life,” and “I’m signing because I respect others enough to allow them to do what they choose to with their bodies. We need to stop advertising one certain way to look.”

Although there has been major positive feedback to the petition, there has also been negative reaction.

“I had to learn not to give a crap for my own survival and happiness,” Behringer said.

Individuals have been challenging the definition of discrimination.

“People have said that its not discrimination because you chose to put the piercing in,” Behringer said. “Where does the definition of discrimination state that it’s about the things that are choices.”

According to the Merriam-Webster online dictionary discrimination is defined as “the practice of unfairly treating a person or group of people differently from other people or groups of people.”

“I don’t find that [piercings] are inappropriate, they just don’t appeal to everybody,” Behringer said.

Humber’s career advisor Christine Colosimo would generally advise students to cover their tattoos and remove piercings prior to a job interview.

With that being said, many chefs have tattoos and they are becoming more common, Colosimo said. “It depends on the sector that they are going to be working in.”

The Human Rights Tribunal of Ontario has complaint forms for those who feel they have been a victim of discrimination.

Is it okay for an employer to make hiring decisions based on tattoos, piercings or hair style?