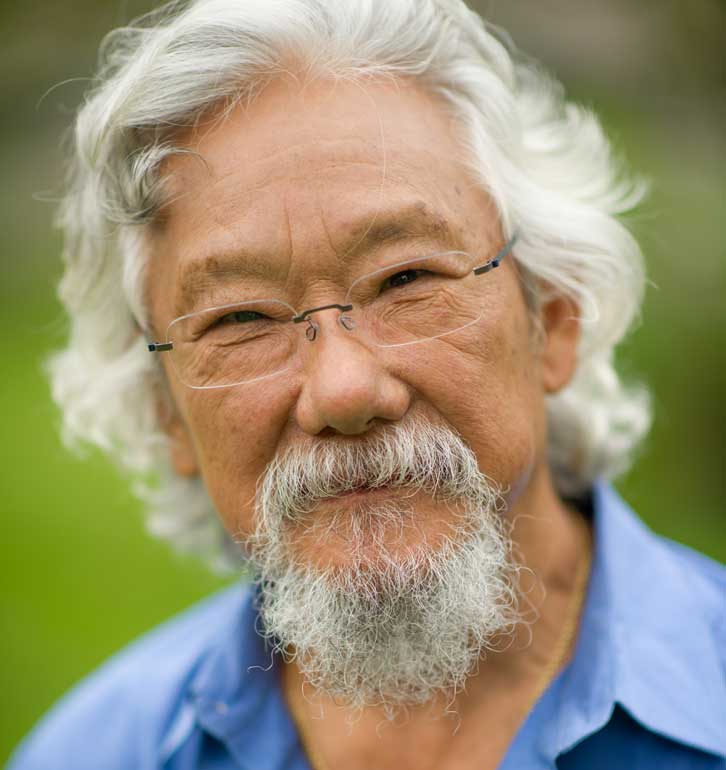 Courtesy of the David Suzuki Foundation
Photo by: Alvin Singh

Put on by the David Suzuki Foundation, The Blue Dot Tour is the beginning of a multi-year project designed to prompt conversation about environmental rights among Canadians.

The ultimate goal of the project is to see Canadians’ right to live in a healthy environment recognized by all levels of government.

The tour is inspired by the successes and challenges of the environmental movement in Canada over the last 20 years.

“We’ve won a lot of incremental battles and preserved certain environmental areas in Canada, but we’ve found that we continue to face the same battles over and over again,” said Michiah Prull, The David Suzuki Foundation’s director of communications and public engagement.

Canada placed 24th out of 25 wealthy industrialized countries on environmental performance. More than 110 countries recognize the right of their citizens to live in a healthy environment, half of the nations in the world.

Canada isn’t one of them.

“The current federal government has a fear of science,” said Andrew Green, associate professor in the faculty of law at the University of Toronto. Green specializes in environmental law.

“(The federal government) has not seen the need to take environmental issues as seriously as they should,” Green said.

Green noted that more has been done in provincial governments regarding environmental issues and made note of the carbon tax in B.C. and Ontario’s closure of coal-fired electricity plants.

“Overall (Canada) has a dismal record of how to deal with environmental issues,” he said.

But more than 80 per cent of Canadians believe that the right to live in a healthy environment should be included in the Charter of Rights and Freedoms.

The Blue Dot Tour intends to spark this conversation among Canadians within their community and hopes to climb the ladder from municipal, eventually up to federal recognition.

The tour consists of 18 dates across the country and includes appearances by Canadian musicians, artists, politicians and writers.

“What’s unique about The Blue Dot Tour is it’s the coming together of all walks of life,” said Prull. “(The tour) looks at the issue in different ways and helps make that a reality,” he said.

Over 2,000 people are expected to attend the event at Massey Hall Friday.

“It’s fair to say The Blue Dot Tour has already reached tens of thousands of Canadians in engaging with this conversation,” said Prull.

Prull expressed recognition that changing the Charter can sound daunting.

“The reality is that we’ve seen fundamental changes in the way we see the world in the last 50 or 100 years.”

He noted that Aboriginal Canadians couldn’t vote until 1960, and same sex marriage was made legal in Canada only nine years ago.

“While (changing the Charter of Rights) might seem daunting, recognizing our right to a healthy environment is just the next step in creating a healthy and just community,” said Prull.

“It’s time for Canada to do the same,” he said.