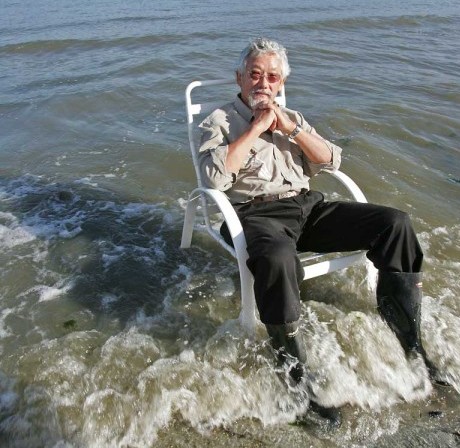 The Canadian godfather of environmental rights David Suzuki has made a stop at Humber College Lakeshore campus for his nationwide Blue Dot Tour.

The topic of discussion for this leg of the tour was the impact modern farming practices may have on our health, land and food security.

The goal of the event is to capture the attention of younger generations to create change at a local and national level.

A focus point of the talk was to introduce alternative methods to the main model which is industrial farming. The alternative discussed was organic farming.

The definition provided by the Canadian government defines organic farming as “a holistic system designed to optimize the productivity and fitness of diverse communities within the agro-ecosystem, including soil organisms, plants, livestock and people.The principal goal of organic production is to develop enterprises that are sustainable and harmonious with the environment.”

James Bernard Mackinnon author of The 100 Mile Diet told Humber News there are a variety of social and health  benefits to organic farming systems.

Mackinnon said living on a mostly organic diet in a major Canadian city is a realistic goal.

Food Share is a non-profit organization working with local communities to support healthy eating and living.

Sawyers said when possible they try to use organic food from local markets in their programs.

Poet and song writer Tanya Davis was born and raised in P.E.I., and had the opportunity to write a poem for this film.

Davis shared a few words from the poem and said the issue of organic farming resonates deeply with her.

The next stop on the tour is on Friday Oct. 10 in Quebec City, Que.