Coffee-intake may be connected to genetics, study says 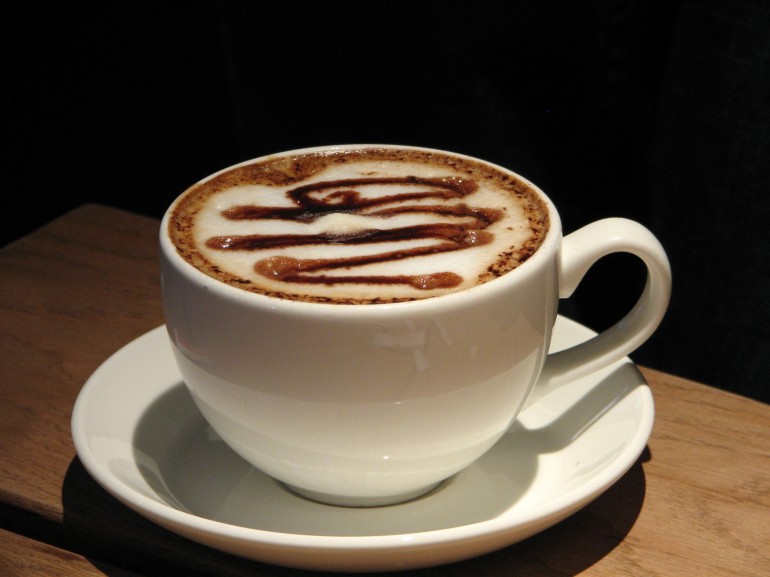 Shaina Weber of Guelph-Humber doesn’t go a day without her coffee. (Vanessa Campbell for Humber News)

A new study from Harvard has found six new genetic variants in relation to coffee-drinking.

Marilyn Cornelis, research associate of Harvard School of Public Health and her colleagues, discovered how much coffee it takes to have an effect on people as well as why it affects different people in different ways. Both results are linked to genetics and create reasons to explore the connection between coffee and health.

Though the results of the study didn’t come to one specific answer, it has opened the door to a lot of other possibilities.

“When people think of coffee, they think of the stimulating effects of caffeine and that’s usually a short-term effect. Previously, it was thought that coffee consumption, because of the caffeine, would increase your blood pressure. That’s not really well-supported now because there’s more evidence supporting that it might actually be good for you and your blood pressure,” said Cornelis.

Cornelis also added that coffee may also reduce the risk of diabetes.

“Though a major source of caffeine, coffee also contains other compounds which could have beneficial effects,” said Cornelis.

Whether or not these benefits may apply to a specific person would have to be determined by each individual. But with this new study, finding out the coffee-consumption of relatives could produce new information about one’s health and possibly the cause of some health-related issues.

Students of Humber College and the University of Guelph-Humber had a mix of results when it came to their daily coffee consumption, its effects and whether or not there were any similar habits within their family.

Sebastian Villa, student of Humber College said he drinks up to two coffees a day and that his parents drink up to six. When it came to the effects of the hot beverage, Villa said it does help in keeping him awake but doesn’t affect his sleeping patterns at night.

“I have at least one cup of coffee a day. I don’t really need more but I could enjoy another. My parents drink it way more than I do,” Villa told Humber News. “If my wife drinks coffee, she can’t sleep at night. If I drink two cups of coffee, I can go right to bed, I’m fine. I sleep like a baby.”

Shaina Weber, student of the University of Guelph-Humber, said she drinks coffee at least twice a day. Her father drinks four cups and her mother only drinks decaffeinated coffee.

“I don’t drink more than three cups a day. I don’t think it really has an effect on me at this point,” said Weber.

“If people are metabolizing coffee more quickly, then they’re consuming more in order to get the effects. So it’s possible that they’re already responding to the psychoactive effects of coffee and they’re naturally modulating their intake,” said Cornelis.