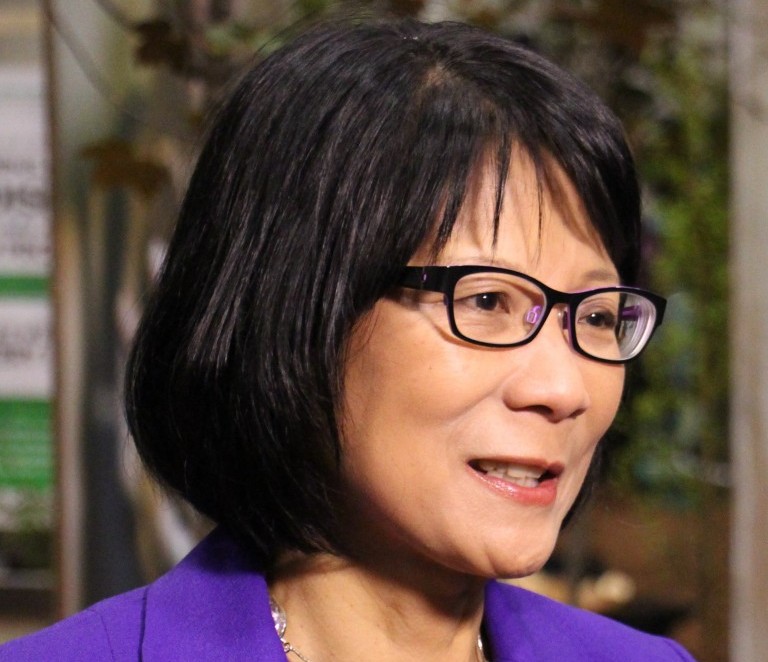 With just a week left in the Toronto mayoral race, polls say Olivia Chow is in third place behind John Tory and Doug Ford.

In an interview with Humber News, Chow said she’ll continue to talk about her progressive agenda to reel people in.

She said her agenda “invests in people, in social services and (she is) the only candidate that calls for investment right now.”

Chow said that she isn’t concerned about low student voter turnout at Humber, because her transit plan will resonate with students.

“Well the Humber College students need to know that I’m the only candidate that said let’s build the Light Rapid Transit (LRT) that goes from the subway station to Humber College and saving the student at least half an hour per day after the LRT can be done in five years, four to five years,” she said.

“So let’s get that building, and when Humber students see that there is an impact on their vote, then they will say ‘Aha, that’s why we should turn out to vote’,” said Chow.

Chow said she plans on creating 500,000 jobs for young people.

“5,000 good jobs means that we would be able to, for students that have graduated, to have a better chance at landing a good job. So when the students see what is the precise offer then I believe they will get excited and get out to vote,” she said.

When discussing the fact that her student support seems to be stronger on downtown campuses over Humber’s Etobicoke campus, Chow said she didn’t think there was necessarily a difference between the two communities.

She said her campaign works hard to reach students, and talked about the rise in TTC pass prices as an example of something that should rile students to vote.

“All post-secondary students they saw their student fare card went from 99 bucks to 108 bucks. Which is a nine per cent increase of fare hikes in the last year, and in the meantime, the services have gotten worse,” said Chow. “So you’re paying more, a lot higher than the rate of inflation, but yet you have worse service. That doesn’t make sense, that’s why students should come out to vote.”

She said as mayor, she can make life better for students.

“A mayor can create jobs, it also supports initiatives, supports families, all of those things are matters of concern for students,” said Chow.

Chow has one more week of campaigning left before polls open Oct. 27. She is next scheduled to debate with John Tory and Doug Ford on Oct. 21 at 10:30, hosted by the Toronto Real Estate Board.