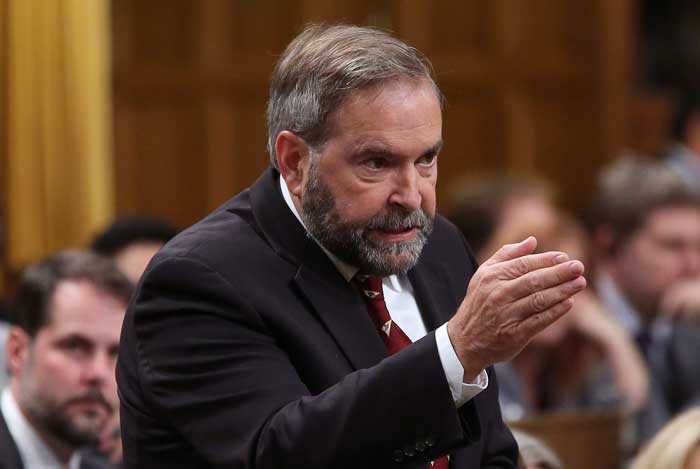 UPDATE: At 8:58 p.m. ET, the House of Commons voted towards military contribution against the militant group ISIS in Iraq.

The first vote on the amendment proposed by the NDP was defeated 157 to 134. The final vote to the main motion by the Harper government was passed 157 to 134.

The House of Commons approved the motion to authorize the government to send Canada on the air combat mission in Iraq.

Parliament had returned Tuesday morning to debate one final time on the floor of the House of Commons the country’s role in fighting ISIS.

The debating MPs fenced over the military’s expected role to fight the militant group ISIS in Iraq and the vote whether to commit the country into a new war or not was expected Tuesday night.

“That’s the cost of governing in a system were people have different points of view,” said Philippe Lagassé, a Public and International Affairs professor at the University of Ottawa.

With a majority government, the vote was expected to be carried.

The argument continued into a second day with the sides forming along party lines.

“As the debates show, there are a lot of sides to the mission,” said Lagassé.

The two sides of the aisle parsed the country’s role in both combative and non-combative capacity.

“This is a very messy situation in the entire region,” said Middle East expert Amir Hassanpour, in an earlier interview with Humber News.

Retired U of T professor Hassanpour is an authority on Kurds in Iran, Iraq, Syria and Turkey.

Harper wants to act in a mission that he admitted might not be effective, MP Denis Blanchette told the House.

“We need to get to the root of this issue,” he said, referring to the militant group as Daesh, a term favoured by the French.

It’s not about missing the boat, said Blanchette, adding it was more about taking the right route.

The neighbouring countries want Syria to be under the rule of a power favourable to their economic and political interests, said Hassanpour.

While the MPs debated in Ottawa, the situation in the Syrian border near Turkey was dramatically different.

The battle between Syrian Kurdish fighters and ISIS intensified near the border of Syria and Turkey on Tuesday.

Reports said the U.S.-led air strikes have so far failed to prevent the ISIS advance on Kobani.

“The problem of ISIS…cannot be solved via air bombardment. Right now…Kobani is about to fall,” Turkey’s president stated during a visit to a refugee camp.

The Harper government’s mission has only called for Canada’s involvement in Iraq and not in Syria, where the ISIS has recently increased its offensive.

The regional wars have created conditions of extreme poverty and repression, said Hassanpour, which allows groups like ISIS to flourish.

“Because of the devastation that the war in Iraq and Afghanistan has created, there are people who are ready to join a group like this,” he said.

They are fighting over the control of oil in the region, said Hassanpour.

ISIS has created hell for the people of the region, he said, adding that “they use western technologies of war.”

We are still paying the price for the previous war, NDP MP Wayne Marston told the House, referring to Canada’s military involvement in 2003.

He called instead for a focus on humanitarian aid.

The government planned to provide up to $10 million in humanitarian aid to help Syrian and Iraqi refugees, Foreign Affairs Minister John Baird said on Monday.