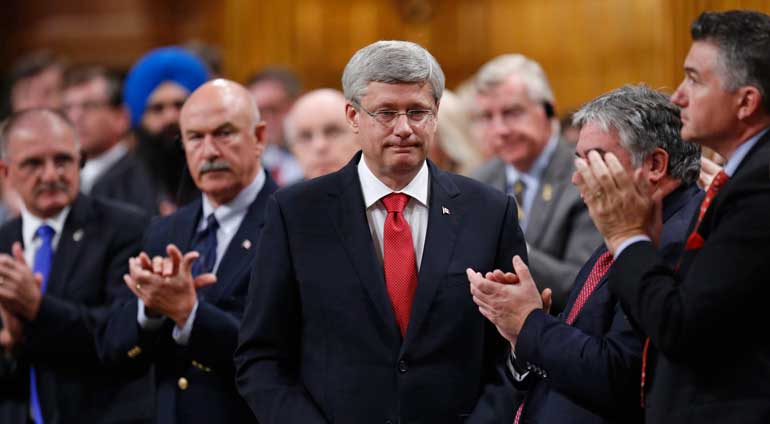 Prime Minister Stephen Harper has made a case for Canada’s role to fight ISIS.

By Viktoria Sciacca and Vick Karunakaran

Members of Parliament debate Canada’s role in the U.S. led coalition against the militant group ISIS, at the House of Commons today.

MPs were asked to support Harper’s six-month mission to deploy 600 troops as part of the air-borne strike to fight ISIS in Iraq.

Foreign Affairs Minister John Baird kicked off the debate by elaborating the massive threat posed by the militants.

“Sending someone a doctor, lawyer or aid worker is great. But it’s not going to stop the people who are trying to help from getting slaughtered in the first place,” he said.

“It is simply not true that this is a United Nations mission,” he said.

Most of the opposition to the mission called for a focus on humanitarian aid instead of a military action.

Baird promised $10 million in support for victims of the conflict in Iraq, however he also said there was a fine line between security and humanitarian assistance.

The NDP leader said humanitarian aid in Syria and Iraq does not require military backup.

Canada can be involved in both the military and humanitarian aspect of the mission, said Philippe Lagassé, assistant professor of Public and International Affairs at the University of Ottawa.

“I don’t see it as the kind of dichotomy that the NDP leader is setting it out as,” he said.

“You oppose Assad, but you’re waiting for his authorization to bomb Syria,” said Mulcair.

Both Assad’s atrocities and the ISIS brutalities are abhorrent, said Lagasse. He added that dealing with the two would not be the same thing.

“The difference was that interfering against Syrian government would have been a very risky enterprise for NATO allies,” he said.

Undertaking an operation against a state is risky compared to a non-state actor such as ISIS which does not have proper air defence capabilities, said Lagasse.

Mulcair proposed a series of amendments to the Harper government proposal including cutting duration of the six-month mission by half. Any extension should seek a House approval, he added.

He also said the government should report the cost of the mission on a monthly basis.