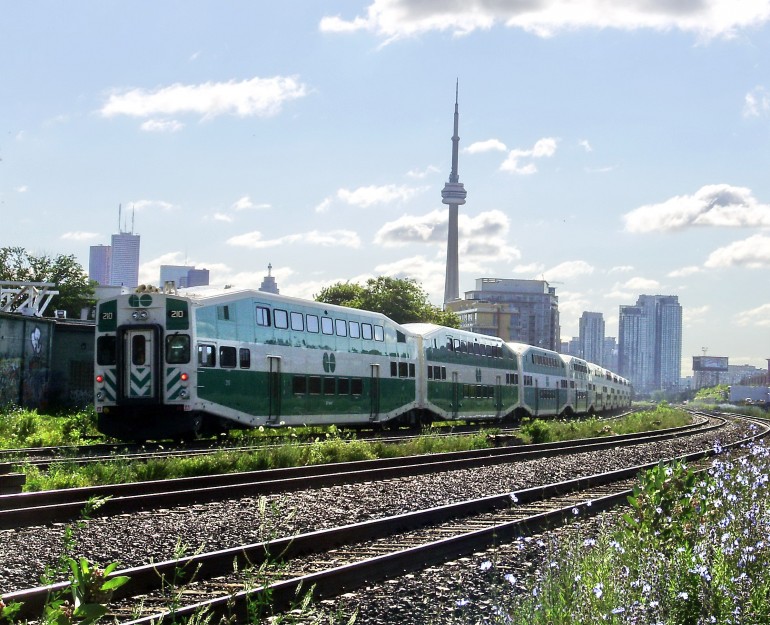 The maiden voyage of the new Union Pearson trains kicked off Thursday  morning as test runs began along the Barrie, Kitchener and Lakeshore rail lines during off-peak hours.

The two newest trains arrived in mid-August and are equipped with Wi-Fi, electrical outlets, luggage racks and seat back pockets aimed at making commuting more comfortable for both residents and visitors to the GTA.

The line is projected to be running next spring, just in time for Toronto’s hosting of the Pan Am Games next summer.

While an abundance of information about the technical specs, design and function of the cars and even the diesel/electric convertibility of the trains, the most important question has yet to be answered.

The key question: how much will the fare be?

Anne-Marie Aitken of Metrolinx told Humber News on Thursday that while an official price has not been decided, the fare will be competitive.

“We are looking at variable pricing,” said Aitken. “Depending on the distance or the station.”

Reports this past summer suggested the cost will probably be between $20 to $30 for the ride from Union Station to Pearson airport, CBC reported.

“If I’m traveling for business, I don’t care about the cost,” said Shane Hedderson, who travels frequently for his job.

He has used Park N Fly at Pearson, but says he would definitely consider taking the Union Pearson Line, depending on time of day. For Hedderson, saving time is more important than saving money when it comes to work travel.

From a personal perspective, he looks for “less prohibitive cost options”.

“I wouldn’t say this is an ‘affordable’ transit plan,” said Hedderson, who lives in the city’s core. “They call it affordable because it’s cheaper than a cab, which can cost me upwards of $60, not including a tip.”

The new trains look nothing like these old green and white Go commuter trains.
The are equipped to make commuting easier from the city to the airport.