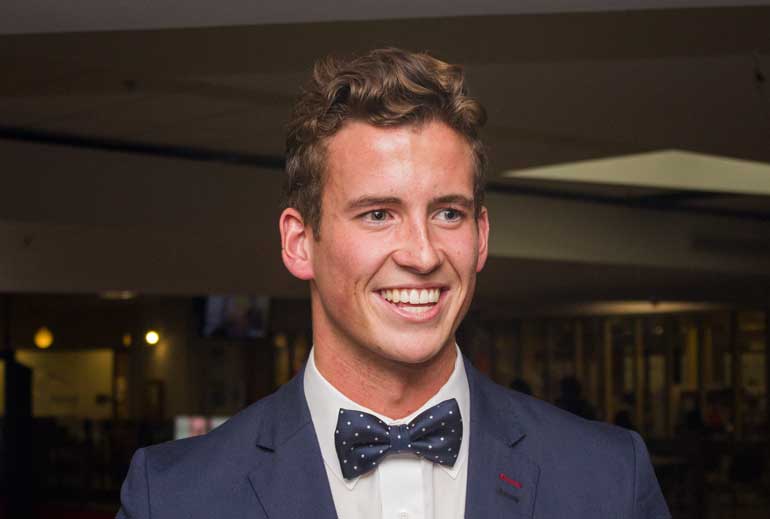 Full-time Humber College students succeeded in their second attempt to elect a Humber Students’ Federation president for the 2014-2015 academic year.

“I’m just a small-town kid born and raised in New Brunswick… It’s incredible, such an honour and a priviledge to be here,” he said.

Millerd, the only other candidate to speak to the media immediately following the announcement, was a little shocked and disappointed by the results but handled the loss well.

“I admit it was a better-run campaign by him (Walton) and congratulations to Thomas,” Millerd said.

Walton said he understands he has a lot to prove in his new position.

“Now that I’m elected, the students elected me so it’s time to prove to them I’m capable of what I offered to them,” he said.

“If there’s any possible way to lower these student fees that’s what I’m going to look into first,” Walton said.

Official results gave Walton 39 per cent of the vote, 24 per cent going to Manahan, 18 for Zaidi and 17 to Millerd. Three per cent of voters abstained.

About 7.5 per cent of eligible voters turned out to vote in the by-election.

Voting wasn’t entirely free of issues on the final day as an apparent technical glitch prevented some eligible, full-time students from voting. What caused the error and how many students were affected is still unknown.

Rob Gemmell and Saurabh Kanda were both elected to Board of Directors representing North campus after running unopposed.