The Word on the Street festival celebrates 25 years 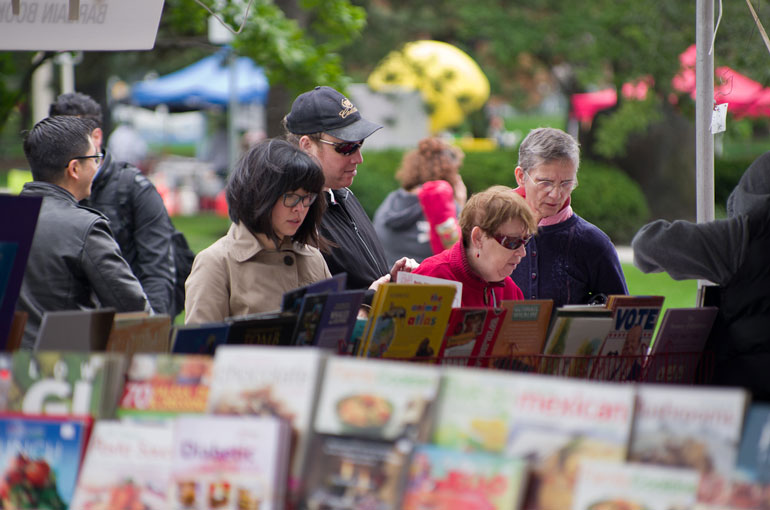 Courtesy of The Word on the Street

Words of all kinds will be radiating in and beyond Queen’s Park Circle this weekend.

Toronto’s annual The Word on the Street festival branches out from the written word and embraces visual art in more than book form for its 25th year Sunday.

“The installations are interactive and digitally focused,” Heather Kanabe, Festival Director for The Word on the Street, told Humber News.

The New Narratives tent is another new addition.

“It’s a place for different content that may not fit under one of our more traditional genre-based tents,” said Kanabe.

Sean Michaels’ new novel Us Conductors is on the recently released Giller longlist. Michaels will appear in the New Narratives tent accompanied by a musician playing a theremin, an electronic instrument played with no physical contact.

“The Marquee is a sampler of what [The School for Writers] does,” Sileika said.

“I’ve been going to The Word on the Street festival for years,” he said. “Festivals like these are part of the celebration of literary life in Toronto and Canada,” said Sileika.

One of the 270 exhibitors is The Humber Literary Review, Humber College’s first literary journal.

Dana Hansen, Editor-in-Chief of the review, said in an e-mail interview, “HLR is excited for the opportunity to meet our fellow readers and writers and to share what we have accomplished so far with our new literary journal.”

The festival also expects over 200,000 people and about 240 Canadian authors to mingle and weave with the exhibitors, shaping what Kanabe described as an atmosphere of “happy clutter.”

The Word on the Street Festival is also in Kitchener, Halifax, Saskatoon and Lethbridge, Alta., this weekend.